Mark Wallace is the husband of Deadline anchor, Nicolle Wallace –who previously worked in the White House.

Mark’s wife is known as a political commentator and author who also worked as the White House Communications Director during the presidency of George W. Bush and in his 2004 re-election campaign.

Other notable work includes serving as a co-host of ABC’s “The View.” She regularly appears on NBC News’ “TODAY” and “NBC Nightly News with Lester Holt” to analyze the latest developments from the White House and across the political landscape.

Born Nicolle Devenish on February 4, 1972; the California native is a graduate of the University of California, Berkeley and Northwestern University’s Medill School of Journalism. She is also a best-selling author of Eighteen Acres, It’s Classified, and Madam President.

Nicolle and her lawyer/businessman/diplomat hubby, Mark Wallace have been married since 2005. Together they are the proud parents of a son, Liam. 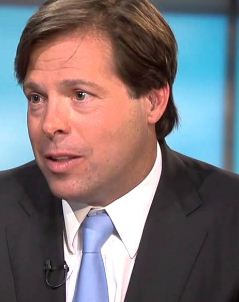 As an interesting fact, the couple was featured in the 2012 HBO movie “Game Change,” adapted from the best-selling book by Mark Halperin and John Heilemann.

Mark Wallace is a graduate of the University of Miami, where he received both his Bachelor’s degree and J.D.

He is a former Ambassador to the United Nations and has an extensive resume. Prior to his work at the United Nations, Wallace served in a variety of government, political and private sector posts. He served in the United States Department of Homeland Security (DHS) as Principal Legal Advisor to the Bureau of Immigration and Customs Enforcement and as the Principal Legal Advisor to the Bureau of Immigration and Citizenship Services. Prior to serving in the DHS, Wallace served as the General Counsel of the INS as it transitioned into the DHS as part of the Homeland Security Act of 2002 reorganization. He served as General Counsel of the United States Federal Emergency Management Agency.

Wallace also served as the Bush-Cheney 2004 Deputy Campaign Manager. He also has extensive experience in the private sector. He was of counsel in the Washington DC office of Akerman Senterfitt, one of Florida’s largest law firms.

Mark D. Wallace currently serves as the Chief Executive Officer of United Against Nuclear Iran (UANI) –which he founded in 2008. He is also the CEO of Tigris Financial Group Ltd.