Kyle Johnson is the only son of veteran singer and actress, Nichelle Nichols -best known for her work in Star Trek.

Kyle’s famous mom played Lt. Uhura on the television series Star Trek. He was granted conservatorship over his mother a year ago, when 86-year-old Nichelle was diagnosed with dementia.

She was born on December 28, 1932 in Robbins, Illinois near Chicago. She began her career as a singer and later turned to acting. During the beginning of her career she toured with jazz legend Duke Ellington and Lionel Hampton. Nichols went on to record two albums.

For her role in Star Trek she became the first African American actress to place her handprints in front of Hollywood’s Grauman’s Chinese Theatre when she and the rest of the cast was honored with a star on the Hollywood Walk of Fame in 1992. Nichelle is also well-known for her work with NASA, in the recruiting of minority astronauts.

She and tap dancer, Foster Johnson were married in 1951, however the couple divorced shortly after. From her marriage to Foster she welcomed son, Kyle.

Kyle Johnson was born August 14, 1951; he was raised mostly by his mother following his parents’ divorce. According to an obituary, his father died on October 29, 1981 at age 64.

Kyle Johnson decided to follow his mother’s footsteps and embarked in an acting and music career. He was actually casted on the spot during one of her mother’s auditions. He appeared in both TV and film. He is known for the 1969 film The Learning Tree.

Other acting credits include The Greatest Story Ever Told, Pretty Maids All in a Row and Brother on the Run. As a musician he wrote the song Ready to Receive. In recent years he had a radio show at KNFT in Silver City, New Mexico. His hobbies included racing back in the 60’s.

In recent reports, 67-year-old Kyle was accused by his elderly mother of trying to get rid of her. In a disturbing recording by Nichelle’s manager she can be heard saying that she did not give permission to her son to take control over her affairs and estate. However, Kyle Johnson said he obtained the conservatorship because others were trying to take advantage of his mother. 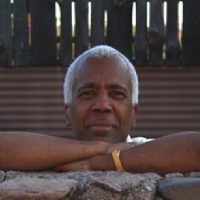 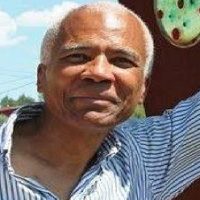 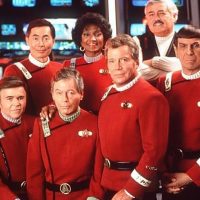 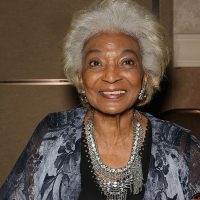 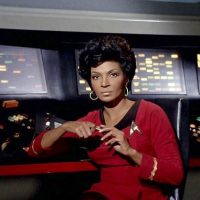 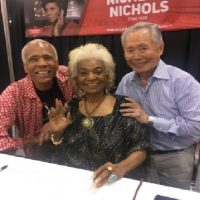 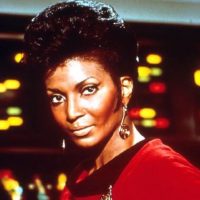