The couple who’s been together for over two decades have decided to call it quits. According to reports, 55-year-old Vardalos filed for legal separation in California earlier this week. The paperwork states that Vardalos and Gomez have been living separately since June 2017.

The couple shares one daughter Ilaria Gomez, whom they adopted at age three in 2008 –after numerous attempts of becoming pregnant via IVF. Vardalos who is of Greek descent and is best known for creating and starring on the comedy classic, My Big Fat Greek Wedding –also appeared as Mrs. Brooks in the movie McKenna Shoots for the Stars in 2012.

She and her hubby, had been hitched since September 1993. Ian Gomez actually had to convert to her Greek Orthodox religion prior to their nuptials. 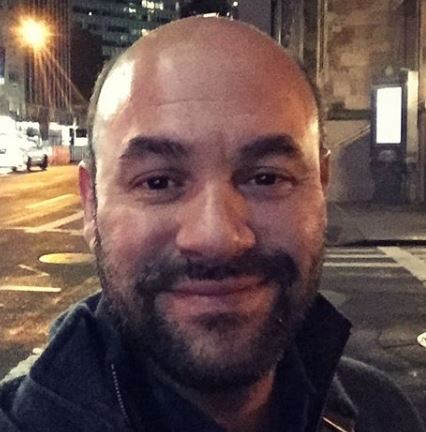 Ian Gomez is a NY native of Russian Jewish and Puerto Rican descent born December 27, 1964. The 52-year-old is also an actor with a lengthy resume. He’s starred in hit TV shows such as “Cougar Town” “Felicity” and “The Drew Carey Show.” Gomez also appeared on his wife’***** “My Big Fat Greek Wedding” –at the time the pair was already married. He also appears in other of his wife’s films like Connie and Carla, My Life in Ruins, I Hate Valentine’s Day, and My Big Fat Greek Wedding 2.

Gomez had his beginnings in comedy as an alumnus of Chicago’s ImprovOlympic improvisation troupe, with the likes of the late Chris Farley, Pat Finn, Jim Meadows and others. He made the move from Chicago looking for his big break and that happened in 1995 when he landed a recurring role on The Drew Carey Show.

He most recently completed a run on “Living Biblically” and two episodes of “Fresh Off the Boat.”