Kristy Franklin is the proud mother of the stunning Nia Franklin –who was crowned Miss America 2019 over the weekend. 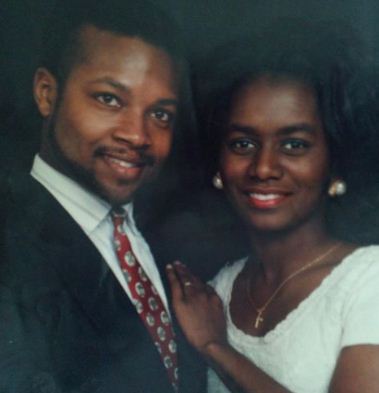 In Fact, for her talent portion, Franklin showcased her singing abilities by performing part of an opera. The singer apparently composed her first song was she was just six-years-old. She has a lengthy pageant resume, often winning awards for her talent as a classically trained opera singer. The stunner has expressed interest in a career in the film industry, composing music for movies.

It’s safe to say her parents have been a great source of support and encouragement. Kristy Franklin is married to Nia’s father James Franklin. Kristy is a mother of three, in addition to Nia, she is also the mother to Nia’s brother and sister, Bailey Renee Franklin.

Kristy’s husband James D. Franklin Jr. –is a Licensed Real Estate Broker at Keller Williams Realty- Moving the Triad. He is also a cancer survivor. James Franklin was diagnosed with non-Hodgkin’s lymphoma and it was Nia who donated her stem cells to her father. He received his stem cell transplant on May 1, 2013 and has been cancer free since. As a result, Nia is a passionate advocate for cancer research in addition to being an advocate for the arts.

Check out more photos of Nia and her family below.