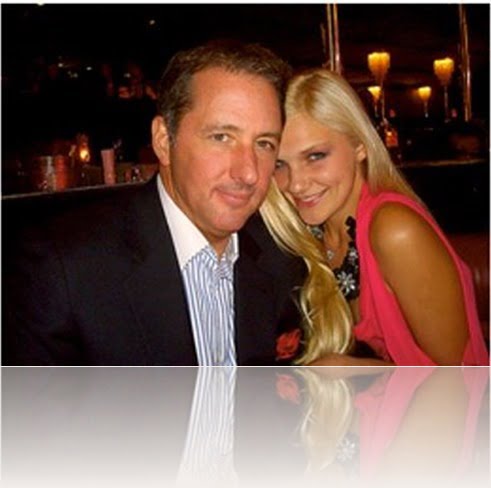 Meet Nataliya Babenko, she is the wife of the infamous television pitchman Kevin Trudeau who has been sentenced to 10 years in prison for swindling people through infomercials for his weight loss book.

So this pretty sums up the rise and fall of Kevin Trudeau, but aren’t you a bit curious whether or not his young wife Natalia Babenko,  aka Nataliya Babenko is involved in all this? when they got married in June, 2008, Nataliya an Ukrainian immigrant was 22, the government suspected the only reason for Trudeau to get married was to ide his assets.

Others reports that before Trudeau was incarcerated he and Babenko have been laundering money and moving it from one place to the next.

On February 24, 2012, Nataliya Babenko filed a motion seeking to quash a Subpoena issued to the Fifth Third Bank by The Federal Trade Commission, which was denied.

According to Trudeau, he met Nataliya Babenko, 29,  who then changed her name to Natalie in 2005 through a friend in California, they got married on June 26, 2008 at Beverly City Hall, Babenko wore a red wraparound skirt that is part of the traditional Ukrainian attire. It is not sure who were imitated to the intimate wedding, but her mother Olga was there to take pictures of the newlyweds.

Nataliya Babenko Trudeau was a film student at the University of New York, she graduated in 2013, but she has since returned to Ukraine.

Before she left the U.S her husband wrote  her several letters, in one of them he instructed her to turn over any gold bars she could find, in other letter he asked her for her forgiveness and hope that someday they could reunite.

“I know your financial situation is dire..” and “I hope someday in the future” he writes “we will be able to reunite and perhaps you will forgive me and we can move on together as a couple.”

but until then I need you to do the following things immediately: “Turn over any: gold bars, gold coins, Patek Philippe white gold nautilus cufflinks; $3,200 in brokerage account, $300,000 sent to Mother Olga money at Global Bank of Commerce, Antigua.”

“Honey, I am desperately trying to purge myself of being in contempt of court so that I will not be incarcerated. Remember, this is only money. I am committed to turning over to the receiver ever single penny even if that means that we are homeless, left with nothing more than a few suitcases full of clothes.”