Meet Najee Smith, he is one of the sons of rapper/ actor LL Cool J.

Najee Smith son of the rapper and actor LL Cool J whose real name is James Todd Smith has been known as LL Cool J since the early 80’s, the meaning of the famous nickname is Ladies Love Cool James. There is only one lady LL Cool J’s wife Simone Smith, mother of his four children, daughters Samaria, Italia, Nina and only son our guy Najee Smith. 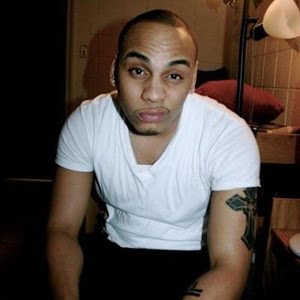 Najee Smith (b. Sep. 26-1987) was arrested on Tuesday night after he was thrown out of Catch the Meatpacking district restaurant located on Ninth Ave. near 13th street. Najee L. Smith who recently celebrated his 26th birthday on Monday was allegedly intoxicated when he caused a nasty mess inside Catch. The restaurant workers were forced to ****** him out, but Najee was not going to leave without a fight.
Najee Smith who is no stranger to scandal nor trouble is facing criminal trespass charges, about three years ago, he caused quite a stir when he tweeted photos of himself having *** while using the bathroom.

Najee graduated from college in 2014 with a Bachelor Of Fine Arts degree has been following his father’s footsteps into acting; he starred as Little Faybien in the t.v series Finding Me the Series along RayMartell Moore, Eugene Turner, and Austin Michael Young.