Song’s ex-girlfriend will be starring in Disney’s live-action film Mulan. The 32-year-old actress. model and singer has been active in the etertainment industry since 2002.
Born in Wuhan, Hubei, China on August 25, 1987; she was named as one of the New Four Dan Actresses of China in 2009 and is widely known as Fairy Sister in the industry.

She and fellow Asian star, Song Seung Heon began dating in 2015 -the two had met two years prior while on the set of The Third Way of Love. The two split after three years in 2018 -their agencies reported they grew apart due to schedule differences. 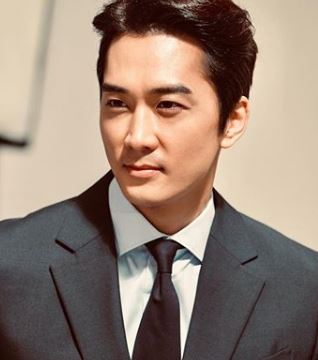 Song Seung Heon is a popular South Korean model and TV and film actor who is instantly recognizable for his chiseled good looks.

Born on October 5, 1976, he began his career as a model for the jeans brand STORM (just like actor So Ji Sub).
He sucessfully transitioned into acting in the late 90’s as he began landing TV roles. He made his acting debut with the 1996 television sitcom “Three Guys, Three Girls,” and a very successful acting career followed. His popularity increased tremendously with the 2000 drama “Autumn in My Heart,” which made him one of the most recognized Hallyu stars and much sought-after actor. As an interesting fact, Song Seung Heon who famously catapulted to stardom after appearing in the popular 2000 drama “Autumn in My Heart” -initially turned down the starring role.