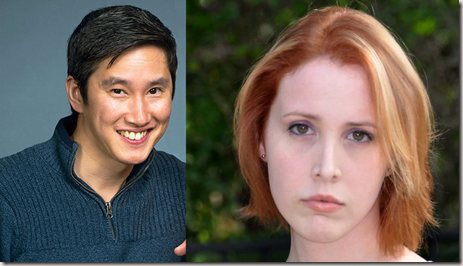 Meet 36-year-old Moses Farrow, the adopted son of actress Mia Farrow and Woody Allen. Moses is telling his side of a story that has had his family divided for over 20-years.

Moses is speaking out to defend his father on a case that first sparked in the early 90’s. When former model and actress Mia Farrow began a relationships with film director Woody Allen in 1980, the couple adopted together Moses “Misha” Farrow and Dylan Farrow.

Moses Farrow has over a dozen brothers and siblings from her famous mother. He has three siblings from his mother’s relationship with Andre Previn; twins Matthew and Sascha, and Fletcher. During that relationship which lasted about 9 years, the couple also adopted Vietnamese infants Lark Song and Summer “Daisy” Song, followed by the adoption of Soon-Yi, who was born October 8, 1972; from Korea back in 1978. Farrow gave birth to son Satchel “Seamus” O’Sullivan Farrow from relationship with Woody Allen. Although it was widely know she openly said Satchel, later known as Ronan Farrow could “possibly” be the biological child of her first husband Frank Sinatra, with whom she claims to have “never really split up” Between 1992 and 1995, Moses’ human rights advocate mother adopted six more children: Tam Farrow (born 1979); Kaeli-Shea Farrow, now known as Quincy Maureen Farrow; Frankie-Minh (born 1991); Isaiah Justus (born 1992); Thaddeus Wilk Farrow (born 1988); and Gabriel Wilk Farrow, adopted in 1995. Farrow and Allen parted after Farrow reported a sexual relationship between Allen and Soon-Yi in the early 90’s. She sued for full custody of their three children(Moses, Dylan and Satchel) claiming that Farrow was concocting a story of Allen’s sexual abuse of Dylan, then aged seven.

Moses’s adoptive father Allen, has denied for years abusing Dylan but now she has renewed these charges. Allen has rejected them, calling them “untrue and disgraceful. Moses accuses Farrow of bullying him as well. “Our mother has misled the public into believing it was a happy household of both biological and adopted children,” he says. “From an early age, my mother demanded obedience and I was often hit as a child. She went into unbridled rages if we angered her, which was intimidating at the very least and often horrifying, leaving us not knowing what she would do.”

According to his LinkedIn Moses Farrow has been working primarily as a licensed Marriage and Family Therapist in Connecticut for the past 10 years and is also a freelance photographer based in Connecticut.

He attended Siena College and the University of Connecticut. He currently works as a program coordinator for the Post Adoption Resource Center in Hartford, Connecticut.

Moses has now a family of his own, on his website, says he has a son and a daughter and that they all enjoy photography.

So who do you think is telling the truth? Family therapist Moses or his sister Dylan?