Mohamed Noor is the Minneapolis cop who fired an unarmed Aussie national, Justine Damond on Saturday night, ultimately killing her. The incident has sparked international outrage.

Damond, a beloved yoga teacher moved from Australia in 2015 and was set to be married next month. The pretty blonde was struck while on the phone speaking to Noor’s partner. It was Justine herself who had called police to report an assault.

Noor and his partner, identified as Matthew Harrity, have since been put on administrative leave. Get to know him closer on his top facts below. 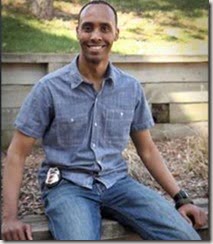 Noor, 31, joined the police department two years ago, having previously worked in property management in Minneapolis and St. Louis, the Star Tribune reported.

2. He holds a Business Administration degree

He got a degree in business administration, management and economic from Augsburg College in Minneapolis.

3. Mohamed Noor was lauded by his department

He’d previously been praised for becoming one of the few Somali-Americans on the force.

“I want to take a moment to recognize Officer Mohamed Noor, the newest Somali officer in the Minneapolis Police Department,” Mayor Betsy Hodges wrote in a Facebook post last year. “His arrival has been highly celebrated, particularly by the Somali community in and around Karmel Mall.”

4. Officer Noor had been assigned to the 5th Precinct

He became the first to patrol the Fifth Precinct in the city’s southwest neighborhoods. He worked the “middle watch” evening shift.

Noor who speaks Somali moved to the US at a young age and has said he found his calling as a cop.

6. He used to be married and has a son

Noor divorced his wife in December. According to The Star-Tribune, he was named in a December divorce action. The newspaper reports that “Noor was described in divorce documents filed in December as a caring, involved father who was at times consumed by the demands of his job.”

An evaluator was reportedly sent to observe Noor and his son together for an unspecified reason and concluded Noor had an “even keel and calm demeanor.”

7. He has received a number of complaints

In his short time with the Minneapolis Police, Noor has had three complaints filed against him – two that are still open. The other was closed and Noor wasn’t disciplined.

8. Noor was named in a recent lawsuit

Noor was also one of three officers named in a lawsuit filed on Friday by a Minnesota woman. Last May, Noor responded to the home of Theresa Graham, who’d called police several times that day.

Graham, whose relatives said she had mental health issues, claimed in the lawsuit police were trying to take her way as retaliation for earlier complaints.

9. Noor did not activate his body camera

Noor and his partner hadn’t turned on their body cameras –as it is required by the department in all use-of-force scenarios – and his patrol car’s dashcam did not capture the pivotal moments, either.

10. Mohamed Noor has lawyered up

Since the incident, Noor hired a lawyer, Thomas Plunkett, who said in a statement Noor is “thankful to have had so many opportunities in the US.”