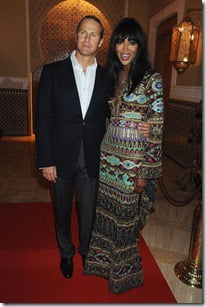 Up and coming, chocolate skin model Georgie Badiel might as well be Naomi Campbell’s long lost twin!!! Born in 1988 she is From Burkina Faso. The Burkinabè people have been identified as “Land of upright people” or honest people ..and she looks fine to me!

Interested in cooking she is best known for her legs and smile. She currently lives in New York City but has worked for agencies in Paris, Milan and London. New Madison in Paris, Elite in Milan and FM Agency in London ..All the right names! Dark hair, 5′ foot 10″, 32-24-34 measurements, dress size 4, shoe size 9.5 she is a worthy Miss Africa in 2005! 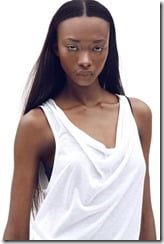 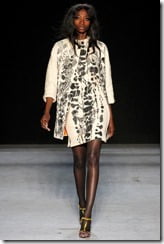 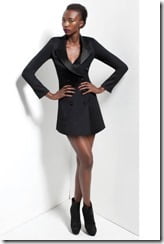 Poor Naomi she was traded for a younger portrait of her! I bet the words “iconic model” are not in her vocabulary right about now. Billionaire Vladimir Doronin was pictured bobbing off the Miami coast with his gorgeous companion-model Georgie. Doronin’s leggy pal stretched out in a purple two-piece bikini and giggled and chatted alongside the Russian tycoon during an afternoon alone on the front of his yacht. 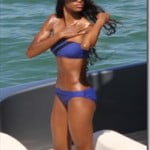 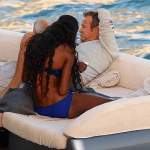 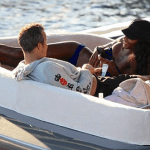 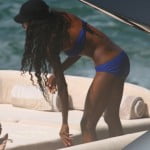 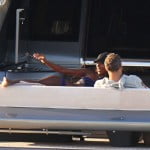 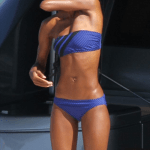 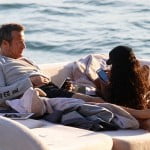 Although the ex-lovers for now; break up and make up constantly, everyone thought they would end up together at some point, they were discussing marriage and children just before Christmas! Is this what the mogul ran off from!! Fame entered the billionaire’s life through meeting supermodel Naomi Campbell at the Cannes in 2008; they’ve had certainly a complimentary complex relationship; Naomi brings glamour to his business, and he treats her extremely well, the billionaire’s spending have mostly been lavishing gifts that will no go to Badiel’s hands!

2007 Signs with Storm in London

JAN 2008 Appears in an editorial for French magazine Biba

So who would you pick??? Legendary more seasoned Naomi or 25 year old Badiel??? You can follow Badiel on twitter here.