Lee D’Avanzo is the husband of reality TV star and makeup artist -Drita D’Avanzo -whom you may recognize from appearing on the VH1 series, Mob Wives. 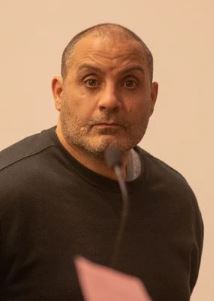 Lee’s wife is well known for her hot tempered personality while appaering on Mob Wives from 2011 until 2016. Since then, the red head who hails from Albania, has also been seen on other reality’s including Big And and Scared Famous. The spouse who has worked as a freelance makeup artist, also launched her own cosmetics line called Lady Boss by Drita. She and Lee D’Avanzo have been married since 2000. Together they are the parents of two daughters, Aleeya and Gizelle.

Lee D’Avanzo, is the son of Lewis D’Avanzo, a first cousin of Rudy Giuliani.
His father is described, as a car thief and loan shark who was killed in 1977 after trying to run down an FBI agent.
Lee who has achieved some fame as the husband of Drita -was considered the head of a mafia farm team called the ‘New Springfield Boys’ -back in 2001.

This is not the first time Lee D’Avanzo is faced with the law. In 2003, he was sentenced to 62 months in federal prison after being convicted of racketeering and narcotics distribution. Then in 2008, Lee D’Avanzo was sentenced to three to five years in state prison for his role in Operation Turkeyshoot, a four-man bank heist. Lee and the other suspects attempted to break into a bank vault by drilling through the walls of a neighboring building. He was released in 2011.