Joseph Powell is the husband of missing California resident, Sheryl Powell -who was last seen when the couple was camping.

Joseph’s wife disappeared on Friday during their camping trip in the Ancient Bristlecone Pine Forest in central California. After searching for his wife on his own for more than an hour, he called authorities using a satellite phone to report her as missing.
He told the Sheriff’s Office that both his wife and their dog vanished from the campground while he was re-positioning their vehicle.

Things get weirder because 60-year-old Sheryl is described by her family as an experienced hiker with a good sense of direction.
Joseph who is baffled at her disappearance said he “if she had an injury, if she had fallen, if she had bumped her head we would have found her by now”
Authorities began searching immediately after receiving the notification but have found no clues on her whereabouts. It is reported Sheryl’s family believes she has been abducted and they suspect foul play. 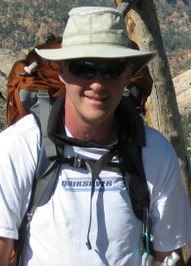 Sheryl and Joseph Powell often spend weekends hiking and camping. They are resident of Huntington Beach and are the parents of two adult children, son Greg and daughter Farrah Powell.
Son Greg Powell lives in Manhattan Beach, California; while, Farrah Powell studied at UCLA and lives in Santa Barbara, California.

Joseph Powell and Sheryl have been married for 42-years and were celebrating their anniversary when she went missing. They both love the outdoors and the family of four often camped together.

According to social media, Joseph Powell is originally from Skokie, Illinois. He went to Niles North High School and studied Chemistry at The University of Arizona. He also studied Optometry at Southern California College of Optometry.

He is currently listed as an Optometrist and the owner at Dr. Joseph Powell, Optometry.