Iris was born January 25 1993. The French model rose among 85 other beauty queens and took the title of the annual competition hosted for the third time in the Philippines.

Iris’ parents Yves Mittenaere and Laurence Druart divorced when she was still a toddler. She has a brother, sister, and half-sister.

She was raised by her mother in Steenvoorde where she attended school. The 24-year-old brunette is currently studying for a degree in dental surgery.

After she was crowned Miss France in December 2015, she revealed during an interview she and Matthieu were in a relationship. The gorgeous model said

“I have someone in my life who supported me”

However, the two have been very discrete about their love, since as stated in the rules of the Miss France committee, Iris Mittenaere is not allowed to publicly appear with her boyfriend.
Matthieu told a French publication about a year ago, he was not afraid of not seeing much of his girlfriend and that he was proud of her. 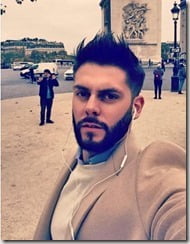 Matthieu’s full name is Matthieu Declercq, his sister is Audree Declercq. He is very private about his relationship and keeps a low profile. On social media he is found under Kokomat Dlrcq.

Matthieu showed his support for his beauty queen girlfriend by attending the event. 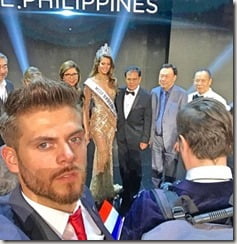 Accoridng to  his Facebook, he currently resides in Lille, France.

25-year-old Mathieu is a dentist. He attended Lycee Saint Jude high school and is a graduate from the Henri Warembourg Medicine Faculty.

His sister Audree, also lives in Lille, France and is very active on social media. She quickly took to Facebook to post a congratulation message, following Iris’ win:

The handsome dentist and supportive boyfriend is also into sports. Matthieu Declercq is an avid footballer and his favorite team is FC Barcelona.

Matthieu’s girlfriend will now be busier than ever. With the new responsibilities and commitments of the title, the couple will probably see each other even less than they do now.

Think they will last?