Daniel Werner is the devastated husband of Pennsylvania resident, Miranda Schaup-Werner -who lost her life while vacationing in Dominican Republic.

Daniel’s wife is said to have collapsed on May 25 after having a drink from the mini-bar. The couple had been staying at the Bahia Principe Hotel in La Romana, DR. They had been celebrating their wedding anniversary.

Miranda Schaup-Werner a 41-year-old psychotherapist -was found unresponsive in her room. Dominican authorities conducted an autopsy showing as cause of death respiratory failure and pulmonary edema.

She is survived by her husband of nine years, Daniel Werner. The couple did not have any children together. 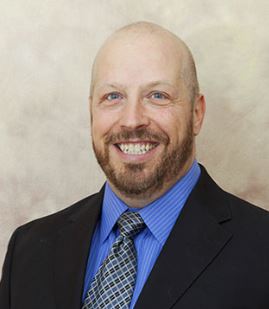 Daniel Werner who goes by Dan Werner lives in Allentown, Pennsylvania. He is a psychologist and Psy.D., NBCCH, Director at Lehigh Psychological Services.

Dr. Daniel Werner received his M.A. and Psy.D. in clinical psychology from the Illinois School of Professional Clinical Psychology, and earned his undergraduate degree in psychology from Kutztown University. In addition to private practice, he is an adjunct professor of psychology at Moravian College and Lehigh University.

Dr. Werner has certification in sexual dysfunction treatment from Loyola University Medical Center. Werner is also experienced in hypnotherapy and is a member of the American Psychological Association and the Lehigh Valley Psychological and Counselors Association.

Strangely, just days after Daniel’s wife died, another couple died in similar circumstances. Edward Nathaniel Holmes and Cynthia Day from Maryland were found in their bedroom after they failed to check out.

Hotel staff members say they found the couple in their room and unresponsive. There were no signs of violence and relatives of all three Americans say they were healthy.

According to reports, Daniel Werner wants an investigation to be done domestically once Miranda’s body comes home.

Daniel Werner and the rest of Miranda’s relatives are still in disbelief of how sudden Miranda passed.