Tyrella Ferrill is the wife of gunman, Anthony Ferrill -who is said to be responsible for the death of at least five people at a beer plant in Milwaukee.

Tyrella has been named as the spouse of shooter, Anthoy Ferrill -who opened fire killing five people before taking his own life. The latest shooting went down at the Molson Coors facility in Milwaukee.
The shooter, Anthony Ferrill has been identified as a longtime electrician who worked for Molson Coors. Ferrill who was 51-years-old had been with the company for the better part of the last two decades.
An official motive for the shooting is yet to be reported, however as details emerge, Ferrill seems to have been involved in a longtime dispute with a co-worker.
According to authorities Anthony opened fire inside the Molson Coors premises Wednesday afternoon. Law enforcement told outlets, Ferrill took two guns as he began killing people including a fellow electrician with whom had been feuding over stealing tools.

Police were seen at a home believed to be owned by Ferrill Thursday afternoon. He is survived by his wife, Tyrella Ferrill.
Tyrella Ferrill was born Tyrella Jeanette Ferrill on March 23, 1974. The 45-year-old who is also known as Tyrella J Ferrill and Tyrella J Russell -has lived in Racine, WI and currently resides in Milwaukee. According to a now deleted LinkedIn profile, Tyrella Ferrill is a Business Intelligence Consultant. 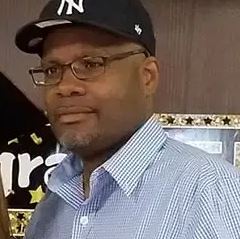 According to records online, both Anthony and Tyrella Ferrill filed a lawsuit against American Family Mutual Ins Co.; in the past. Back in 2015, Ferrill and his wife are listed as co-plaintiffs along with the MillerCoors LLC Health Benefits Program. The couple filed a number of cases apparently involving health issues. The cases are now closed.
Also, in 2013, Ferrill sued the insurance company and another individual along with his wife and his insurance company.

Neighbors who put two and two together after they were questioned by police and heard about the shooting are still in disbelief. Her husband was a licensed industrial journeyman electrician and a member of the International Brotherhood of Electrical Workers in Milwaukee. He served in the U.S. Coast Guard from 1987 to 1991 and was honorably discharged, according to Rick Flowers of Milwaukee County Veterans’ Services. Anthony has also been described as a hard worker who suffered from severe back pain.

In addition to his wife, he is also survived by three children, including a son and two daughters.