David Rumsey has been identified as the man obsessed with singer Miley Cyrus -who was arrested in Las Vegas after the interpreter team noticed his presence at the T-Mobile Arena.

According to reports David Rumsey was already an unwanted person and was on the list of people to look out. His photo had been distributed among the staff inside the event to avoid a surprise.
When Miley’s team noticed his presence among the public for the iHeartRadio concert in Las Vegas, they immediately took action and arrested him.
Rumsey was later arrested and taken to Clark County Jail for the serious crime of threats and is still in custody.

Rumsey who is in his 40’s was in the spotlight because, is not the first time he makes disturbing declarations about Miley. According to TMZ, he had already threatened Miley’s integrity on previous occasions.
According to the information on that website, Rumsey had told the singer’s team: “The mission of my life is to fertilize Miley.” 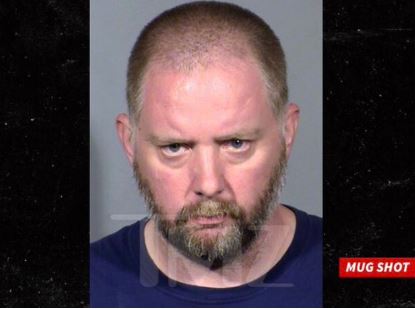 Apparently, it was not the only bizarre declaration of the man, because he also commented that he would return to Michel Jackson and Prince of Death to party with them.
A few days ago, the man sent strange messages on Twitter to the Slide Away singer -in which he apologized for hurting her before and blaming Donald Trump. He’s also addressed Billy Cyrus on his Tweets and from his social media platform we can tell David has a fascination with MTV’s South Park characters.

He also said he hoped they could talk in Las Vegas. “I know that after we are together we can party with Tupac, Prince, Michael Jackson and all those we lost,” said one of the comments that caused alertness.

David Jason Rumsey is a Washington native who was born December 2, 1976. On Twitter he claims he was a disabled veteran who was in a wheelchair for a while. He apparently worked for the Department of Defense/Uniformed Forces.

Not many more personal details are known about David Rumsey but what he clearly needs now is a serious mental evaluation. The 42-year-old Rumsey was booked at the Clark County Jail. A bail of $100,000 was also set.