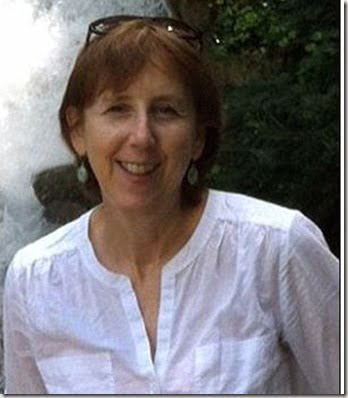 Mike Wittman is the husband of 59-year-old Jill Tarlov, the woman who lost her life tragically after a speeding cyclist smashed into her in Central Park.

Mike’s wife was struck by a bicyclist Thursday and suffered head trauma, she was initially put on life support and now her husband has announced her passing. The couple had been married for 3 decades. She was a former employee of radio station 1010 WINS, while Mr. Wittman is a CBS exec. 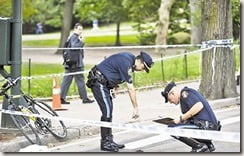 According to a New York Times wedding announcement, Tarlov and Wittman got married in April 1986.

At the time, Tarlov worked as a media consultant while her bridegroom was the controller for WINS-AM radio. He was hired by CBS Television Stations in 1996. The couple have two college-age children, son Matthew and daughter Anna. 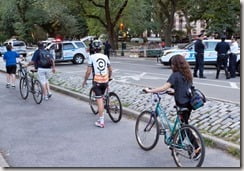 The husband and father of two Mike Wittman, announced the death of his wife, Jill Tarlov, in an emailed statement Monday morning:

Jill was the most amazing mother to Matthew and Anna, who taught them above all that kindness, compassion, and a spirit for life were the right morals to live by. Everyone who had ever met her was somehow made better by her company.

‘Even though she has been taken from us far too soon, her spirit will live on forever. On behalf of our family, I would like to thank everyone for their thoughts and prayers, and request privacy during the difficult times ahead..

According to his LinkedIn he attended Penn State University, he has a Bachelor of Science (BS), Accounting and a Master of Business Administration. In 2010 Press release it was announced Witmman, a 33-year CBS veteran who has served as Vice President, Finance, CBS Television Stations, since 2005, had been promoted to Senior Vice President and Controller of the division.   In addition to his station group responsibilities, Wittman also assumed day-to-day oversight of the finance department at WCBS-TV in New York.

After his wife was struck by a man on a bicycle in Manhattan’s Central Park Thursday afternoon, she was rushed to New York Presbyterian Hospital/Weill Cornell Medical Center in critical condition following the collision that took place at around 4.30pm in a crosswalk near 63rd Street.

According to police, the wife of Mike Wittman was out shopping for a birthday present for their daughter when 31-year-old Jason Marshall slammed into Tarlov while biking at high speed.

Marshall, who happens to be a professional musician, yelled at the pedestrian to get out of the way.

Following the crash, the 31-year-old man remained at the scene until police arrived.

Our thoughts and prayers are with Mr. Wittman’s family.