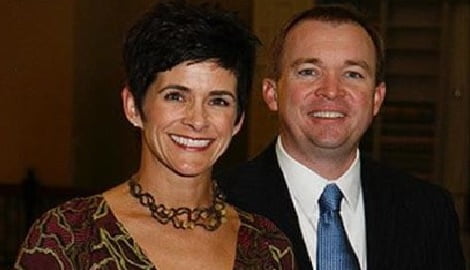 Pamela West Mulvaney is the long time wife of Mick Mulvaney –who currently serves as director of the Office of Management and Budget.

Pamela’s politician hubby and member of the Republican Party, previously represented South Carolina’s 5th congressional district. He was also appointed head of the Consumer Financial Protection Bureau by president Trump. In his roles at the CFPB, Mulvaney is tasked with investigating malfeasance by financial institutions.

Born John Michael Mulvaney on July 21, 1967; the Virginia native attended high school at Charlotte Catholic. He received a degree in international economics, commerce, and finance and graduated as an honor scholar from Georgetown University.

Mick then attended law school at the University of North Carolina at Chapel Hill on a full academic scholarship. He graduated with a focus on antitrust law and went to work at a firm in Charlotte for several years before starting his own practice. He also completed the Owners and Presidents Management Program at Harvard Business School.

After selling his law practice and joining the family’s real estate development business, he started his political career in 2006, when he won an open seat in South Carolina’s House of Representatives. Two years later, Mulvaney was elected to the state Senate. He was elected to Congress in 2010. He won three more re-elections for the same post: in 2012 with 56% votes, in 2014 with 59% votes and in 2016 with 59% votes. 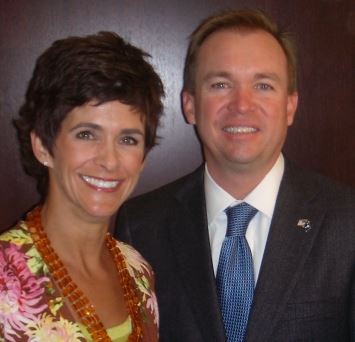 In addition to his career, he is a happily married man. He met wife, Pamela West at a bookstore. She became Mrs. Pamela West Mulvaney in 1998. Since their nuptials the couple have welcomed triplets, Finn, James and Caroline.

Mrs. Mulvaney doesn’t seem too involved in politics, however she has been a supportive partner for her husband. When he was sworn in to be director of the Office of Management and Budget, Pamela West Mulvaney was there to hold the bible as it is accustomed.

She was also there for her husband during his long tenure in the US House of Representatives. Pamela West Mulvaney and her husband are members of St. Philip Neri Catholic Church in Fort Mill SC. 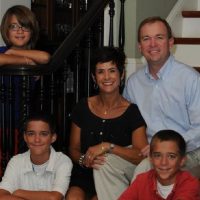 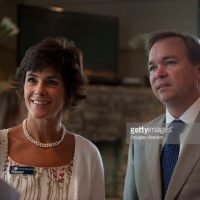 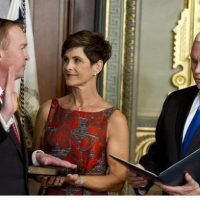 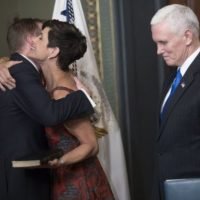 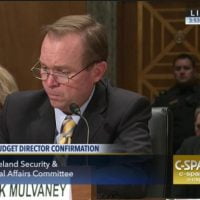 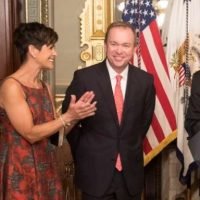 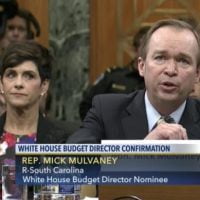