Mike Weir is the boyfriend of reality TV star, Michelle Money -best known for appearing on The Bachelor.

Mike’s girlfriend posted on Monday about her daughter being on life support after suffering a skateboarding accident. Her 15-year-old daughter Brielle suffered serious brain trauma and a fractured skull.

Michelle was born September 28, 1980; the Utah native competed on Brad Womack’s season of The Bachelor and where she was labeled as the season’s villain. She also appeared on Bachelor Pad and Bachelor in Paradise -where she became the winner of the first season.

Michelle who is a professional hair and makeup stylist, acted in a number of small films from the 2008 film The Eleventh Hour to the 2015 thriller Inhumane. She also landed a position as host on Good Things Utah. She also runs a collaborative YouTube channel MMandLShow dedicated to vlogs and beauty and lifestyle tips. In addition she is the creator of the Money Method -‘a five step process to help you get real about who you are and what you want in life.’
In addition to Brielle, she is the mother of a son, Preston whom she gave up for adoption when she was 16.
She gave birth to daughter Brielle in 2005, with her now ex-husband Ryan Money whom she divorced in 2010. She has since been linked to non other than Canadian golf star, Mike Weir. The couple began dating around 2016. 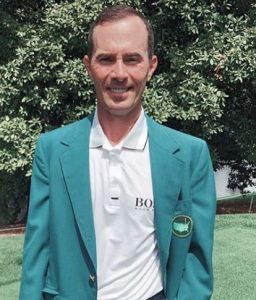 Professional golfer and PGA champion, Mike Weir needs little introduction. Michael Richard Weir was born May 12, 1970; the Sarnia, Canada native won his first PGA title in 1999, and the Masters in 2003.
Despite not reaching the PGA Tour until 29, he won eight times, including a Tour Championship and WGC Championship. The Masters was his only major victory, but he was a frequent contender at golf’s biggest events with 12 top-10s in majors, highlighted by six in a nine-tournament span. He was honored as Canada’s Athlete of the Year three times. Weir played in five Presidents Cups, and once defeated Tiger Woods in an epic 2007 Sunday’s singles match in front of his countrymen at Royal Montreal Golf Club.
He has battled injuries since 2011, wrist and elbow ailments. He made a total of 10 starts on the PGA Tour since 2015.
Like Michelle, he is also a parent to two daughters Elle and Lili -from his previous marriage.