Juel Bestrop is the wife of late award winning producer, Michael Mendel -who died over the weekend due to natural causes.

Juel’s husband was four-time Emmy winner who was known for his work on Rick and Morty, The Simpsons, and other popular TV series. He was 54.

Mendel worked on some very popular productions. He worked on Napoleon Dynamite, Good Vibes, Sit Down Shut Up, Drawn Together, The Pitts, The PJs, and The Critic. He was an associate producer on Jerry Maguire and a production assistant on Big, one of his earlier gigs.

Juel Bestrop told media that Mendel had died of natural causes on Sunday night in their home. They live in Studio City. Mendel is survived by wife Juel and their two children, a son and a daughter. 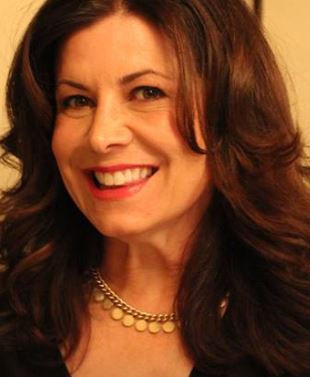 According to her LinkedIn, Juel runs Juel Bestrop Casting, located in Studio City. According to IMDb, she’s worked in numerous film and TV series including Brooklyn Nine-Nine, Woman Up, Life in Pieces, Fam, New Girl, Ghosted, Dream Team, Masterminds, Community, Eastbound & Down, Love is Relative, Up All Night, The Inbetweeners, Project X, Due Date, Rock of Ages, Going the Distance, Blue Mountain State, The Station, All About Steve, The Hangover, The Unborn, Blades of Glory, Ghost Rider, The Break-Up, Surviving Christmas, Starsky & Hutch, The Critic, Phenom, and more.
Bestrop was the casting director for Community in 2013, for which Dan Harmon was the executive producer. Her husband also worked with Dan Harmon during his time as a producer for Rick and Morty.

In addition, Juel Bestrop is the mother of the couple’s two children, Jesse and Jacob.
Find her on Instagram here.