Sheila Folmer is the longtime wife of politician, Michael Folmer -who currently serves as a Pennsylvania state senator.

Sheila’s husband may be about to lose his power position as the 63-year-old Republican is facing charges of possession of child ****ography.
According to reports, authorities received a tip that an explicit image had been uploaded onto Tumblr -that one of their users had posted at least one image of child abuse onto their site.
The investigation lead to Folmer’s home where a search warrant on the suspect’s phone was executed. Authorities found images of child ****ography.
The senator, who goes by Mike Folmer was hit with charges including sexual abuse of children, possession of child ****ography, and criminal use of a communication facility. 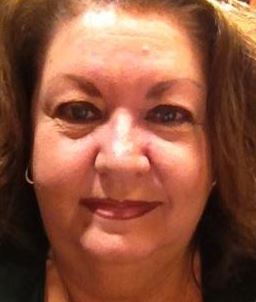 Folmer was elected as senator in 2006 and was elected to a fourth term in November. He also served as chair of the Pennsylvania Senate State Government.
Also an entrepreneur he is best known for the 87-year-old, landmark produce store that bore his family name in Lebanon, Pennsylvania. A former financial consultant, sales manager and Lebanon City Council member (Director of Public Safety)- he is as well a founding member of the Constitutional Organization of Liberty (COOL).
Folmer played a key role in pushing to get medical ********* legalized in the state in 2016 after co-sponsoring the bill.
In 2018, he opposed legislation to lift a legal block preventing victims of historic child abuse from suing their abusers or institutions such as the Roman Catholic church.

He and wife, Sheila Folmer share a home in Lebanon, Pennsylvania. Sheila was born on December 12, 1955 to parents, Christine S. Swoyer and Thomas P. Swoyer. Her mother, died in 2006 according to an obituary and Sheila’s sister, Jenean K. Kreiser died in 2017.

The longtime couple shares two grown children, Michael and Elizabeth Meyer.
Not much more is known about Sheila Folmer, in addition to her two children she and her husband have at least seven grandchildren. On social media, she can be found as Sheila Swoyer Folmer.