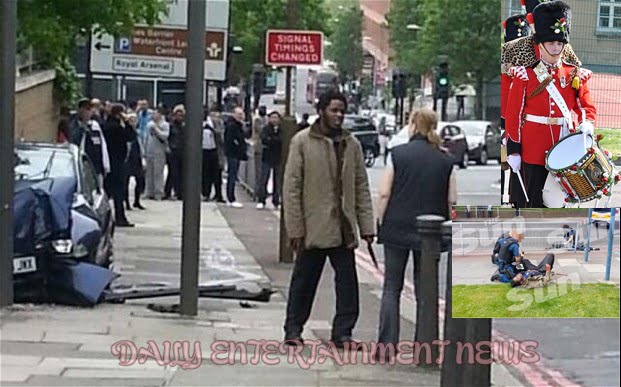 The name of a second man suspected of killing a soldier in Woolwich on Wednesday (May 22) has been revealed by locals. Michael Oluwatobi Adebowale, 22, of Greenwich, southeast London along with Michael Adebolajo, 28, are believed to have ran over and then butchered 25-year-old solider Lee Rigby, as he made his way back to his barracks in Woolwich. Like Michael Adebolajo, he’s also a British citizen of Nigerian descent. Adebowale adopted Islam around the age of 19, while he was at University. According to neighbors he is a student at Greenwich University who lives with his mother.

It has now been revealed that both men of Nigerian descent were known to the British Security enforcement agent, MI5! It’s all like a big 007 type kind of thing. But how is that the two fanatics managed to fooled British Security?? This is one of the millions of question agents now have to face! I mean how is it possible a person (drummer Lee Rigby) was killed is such a horrific manner in broad day light! 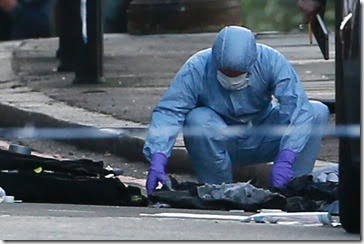 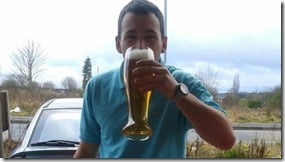 Apparently, although both names had come up in  in “several investigations” by the security services in recent years, MI5 did not suspect that the men were planning an attack.

Details keep on emerging and its been reported Adebowale’s mother is a probation officer! Didn’t she notice something “weird” about her son?? A childhood friend of Adebowale who chose to remain anonymous revealed Adebowale had change ever since he convert to Islam.

‘Not preaching anything bad or anything negative. Just literally the ways of Islam really.

‘I would see him going to mosque and coming back from mosque. He was completely normal.

‘The whole reform into Islam was a sudden change though. It suited him though.

‘It looked like he was doing well. He was a new person.

Adebowale was currently residing in a flat close to the Cutty Sark in Greenwich- where police where seeing leaving with two large envelops yesterday. Michael who lives with his mother also has a sister who according with neighbors doesn’t live there. 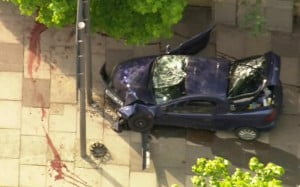 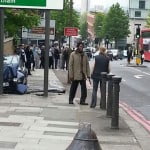 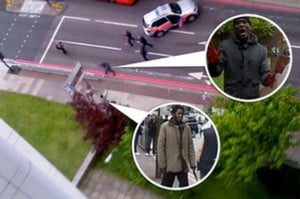 ‘I was so shocked when I saw his picture on the television. I used to see him coming and going and would say hello. He seemed perfectly pleasant. Everybody is in total shock.’

But after brutally killing Lee Rigby, now both suspects are being treated in separate hospitals after being shot by armed by police after mowing down Rigby in their car and subjecting him to a gruesome knife-wielding attack.