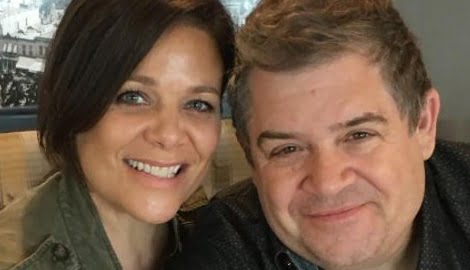 Meredith Salenger is an actress and the soon-to-be-wife of Emmy award winning actor and comedian, Patton Oswalt. The two recently announced their engagement.

Meredith’s soon-to-be hubby is a widow. Oswalt’s wife Michelle –a true crime writer and journalist, died in her sleep in April 2016. Just a few months after the first anniversary of his late wife, Oswalt and Salenger have decided to tie the knot.

The 48-year-old is known for playing the role of Spencer Olchin on TV’s The King of Queens and for voicing the rat Remy in the animated film Ratatouille. But Patton is a comedian at his core.

He first worked as a writer for MADtv and was featured in a comedy special on HBO. He won a Primetime Emmy Award for Outstanding Writing for a Variety Special and a Grammy Award for Best Comedy Album for his Netflix stand-up special Patton Oswalt: Talking for Clapping (2016).

His new lady is also a known face in the industry. Read below Meredith Salenger’s top 10 facts. 1. Meredith Salenger is also an actress.

Meredith Dawn Salenger was born March 14, 1970. The California native is known for playing title role in the 1985 film The Journey of Natty Gann and the 1989 teen comedy, Dream a Little Dream.

Salenger was raised by Jewish parents Dorothy, an interior designer, and Gary Salenger, a dentist.

Salenger attended Harvard University from 1988 to 1992, and graduated *** laude with a degree in psychology.

4. When not filming she works as a mediator

Meredith who also studied at Pepperdine University School of Law, received certificates in “Court-Based Mediation of Family Law Matters” and “Mediating the Litigated Case” in 2009 and 2011, respectively.

Meredith landed her first acting role in 1982, which had her portray an orphan in the 1982 movie Annie. Other credits include Lake Placid, Hollywood Heights and voiceover work for cartoons like Star Wars: The Clone Wars.

6. She also appeared on a hit TV show

Meredith who was introduced to acting by her mother at the age of eight, made at least two appearances in the teen hit drama, Dawson’s Creek.

7. She has never been married.

This will be the first marriage to Meredith Salenger while Oswalt was married for over a decade to his first wife.

8. Salanger will become a stepmom

Meredith Salenger will become the stepmom to Patton’s only child from his previous marriage. The actor is the father of 9-year-old daughter, Alice –from his marriage to the late Michelle Eileen McNamara.

9. She and Patton have worked together.

According to IMDB.com, Salenger has served as a writer on several of his standup specials, including the Emmy-winning Talking for Clapping.

10. They got engaged only one month after taking their relationship public

Oswalt and his fiancée made their public debut at the Los Angeles premiere of “Baby Driver” last month. The two met through mutual friend Martha Plimpton.