Melissa Willis is the “feelingless” mother of Kyzz Willis, the little boy whose body was found following an extensive search in South Boston.

Melissa Willis, who had come to pick her son up at the program, never saw him alive again. The concerned mother then reported him missing. The 7-year-old was last seen at about 2:05 p.m. at the bathhouse, according to State Police.

Melissa Willis received the devastating news at the community center, she and several other family members left the center at 8:30 p.m. escorted by police.

The 32-year-old mother had said, prior to her son’s body being found, she dropped him off for camp at 9:45 a.m. She then arrived at the bathhouse at 3 p.m. to retrieve him, but he did not show up.

Late Tuesday night, the Willis family and about 30 friends and neighbors gathered on Trull Street in Dorchester to mourn the loss. The family sat on lawn chairs and wept, and people came up to them to express condolences.

Her son who was attending a city summer program, was a student at the Mather School. Melissa Willis recalled her son as being a boy with a kind disposition and a flair for excitement. 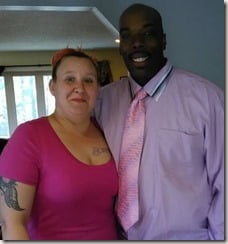 It  is believed her son, somehow evaded the watch of his camp counselors. The camp is run by the Boston Centers for Youth & Families. 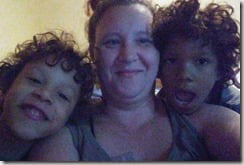 Melissa Willis and her husband Ralph Toney have been together since 2006. Melissa also goes by Missy Willis. According to her Facebook page, she is from South Boston, Massachusetts.

She is a 2002 graduate from Plymouth South High. Under the work tab, she listed herself as a full time mommy in 2007. Since 2013 she has been a Medical Assistant for Davis Health PC.

Melissa Willis and her husband have one more child together. Kyzr’s surviving brother.