Melissa Lonner is the latest former Today employee to be named as a victim of disgraced former host, Matt Lauer.

Melissa Lonner is said to have alleged back in 2010 that Lauer exposed himself to her in his office and also propositioned her. Melissa who was at the time separated from her husband, declined Lauer’s offer and he scolded her saying “Melissa, you’re a f–king tease. This is not good. You led me on,” -this according to an excerpt from Ronan Farrow’s book, Cath and Kill.
At the time, Melissa told about the horrific incident to Ann Curry -who has now shared her experience to Farrow.

Lonner reportedly received a six-figure amount for signing a “release of rights” from NBC after she left the company in 2013. 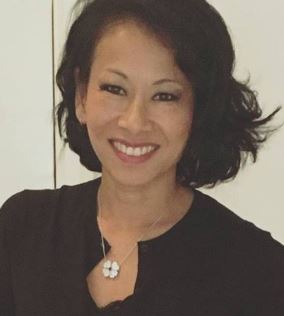 Melissa Lonner who can also be found as Melissa Durliat is a former Senior Producer at NBC News. At the time of the alleged inccident with Lauer she was a Producer of NBC’s TODAY. She’s also worked as a former Vice President and General Manager at SiriusXM and is listed as a Pincipal at newyorkmediatraining.com.

While at Today, she was tasked with securing Hollywood celebrities and A-list musical acts including Justin Bieber, Adele and Coldplay for the show’s popular outdoor concerts at Rockefeller Center plaza. Lonner had built a reputation as an intense and hard-charging booker over several years at the Today show.

According to her website, Melissa Lonner Durliat is an Emmy award-winning television executive. She has over twenty years of producing, booking and talent experience in television, radio, and print.
Her past positions include Executive Producer of the Facebook Live show “Getting Younger”, Vice President and General Manager of SiriusXM Entertainment Talk Programming, Senior Producer of NBC News and Sports, and Senior Producer at Access Hollywood.
In addition to her Emmys, Durliat was named to Billboard’s top Women in Music for 5 years and the Billboard Power 100.
She runs her own media company -where she offers a number of media training services. As a coach and executive producer -she’s worked with numerous clients including Facebook, Viacom, SiriusXM, Pepsi, Sony Records, Universal Music Group, Atlantic Records, and newsmakers.