Ben’s gal has been known for being very protective of her personal life, however, she’s also been vocal about the struggle that the dating world represents. But like the old saying goes, she’s been finally tied down. She announced her engagement to Domenech earlier this month. Meet up the lucky fella. 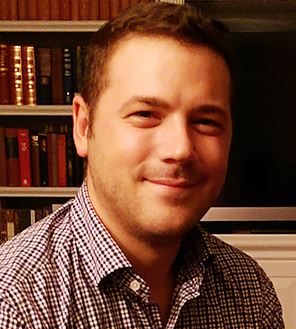 Ben Domenech is said to have gained a new father-in-law in John McCain after he and Meghan were hitched earlier his week. According to outlets, the couple were hitched on Tuesday at the McCain family lodge in Sedona, Arizona.

Ben was born January 1, 1982; the South Carolina native is the son of Douglas Domenech, Jeanne Marie Schram. Ben attended College of William and Mary and currently works as a writer, blogger and TV commentator. His work has been published in The Daily Beast, Politico, Commentary, Reason, and GQ, and he appears regularly on Fox News, MSNBC, and CNN.

According to his website, Ben writes a popular daily subscription email newsletter for political insiders, The Transom. Domenech previously served as editor in chief of The City and as a senior fellow for The Heartland Institute. He also served as speechwriter to U.S. Health and Human Services Secretary Tommy Thompson, and as chief speechwriter for U.S. Senator John Cornyn of Texas.

Ben who also is the editor of a number of New York Times bestsellers –is also the co-founder of Redstate. While we all know who his lovely wife is, Ben doesn’t stay too far behind, the writer and pundit has over 55K followers on social media.

His famous wife on the other hand, was named The View’s co-host just last October. New Job and new man –it appears 33-year-old Meghan could say 2017 has been a really good year for her.