Meghan Markle is the gorgeous actress we see as Rachel Zane on the legal drama, Suits. The stunner appears to have caught the attention of one of the most eligible bachelors in the world.

According to reports, the model and actress is in a relationship with none other than Prince Harry. The news apparently broke out in Britain just hours before he was supposed to take a plain to visit her.

Outlets say they met during one of Harry’s trips to Toronto over the summer; and that they have been seeing each other for months. Sources have also noticed pictures of them wearing matching bracelets.

But that’s not all, according to the Express, Meghan has dined with Harry when in London and has met his friends. She stayed with him at Kensington Palace and even met fitted right in with the Duke and Duchess of Cambridge.
Just the thought of Harry finally settling down like his older brother is enough to makes us want to know just exactly, who Maghan is. 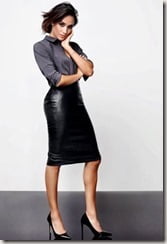 Born and raised in Los Angeles in August 1981, Meghan is both an actress and humanitarian.

She is the daughter of a a yoga instructor and clinical therapist mother, and a photography director father.

It was natural a young Meghan was attracted to acting. Her father, introduced her to television at a young age by taking her to his job as a former lighting director, basically growing up on TV sets. 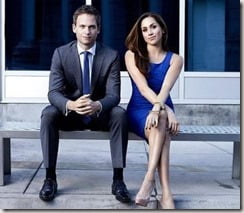 However, she did the whole college thing as well. Meghan attended Northwestern University and double-majored in theatre and international relations.

Following graduation she worked for the U.S. Embassy in Buenos Aires. She was later discovered by a manager who watched one of her college films.

The actress has also appeared in a number of other series including 90210, Knight Rider and Without a Trace, and had roles in several films.

Her film credits include, “Horrible Bosses,” with Jennifer Aniston & Jason Bateman, “Universal’s “Remember Me,” with Rob Pattinson, “Get Him to the Greek,” “A Lot Like Love,” and “Deceit.” 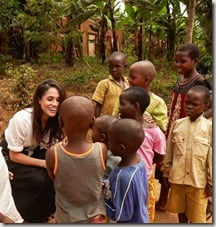 Meghan Markle  has paved herself into a world of wealth and indulgence as she describes it in her own website, The Tig. In it, she also expresses her deep desire to affect change. Could she be more perfect for prince Harry?

If we compare, what the 35-year-old has achieved it’s definitely a lot more than what Kate Middleton did on her own while dating William.

Last March she was named a global ambassador for the children’s charity World Vision.

Markle has travelled to Rwanda as part of the Clean Water Campaign. She has also worked for United Nations Women as part of the HeforShe gender equality movement.

When not acting, Meghan is into yoga and is also a dog owner.

Toronto-based Meghan, has also been linked with Northern Irish golfer Rory McIlroy and Canadian star chef Cory Vitiello, who she was apparently romantically linked to when she met Harry.