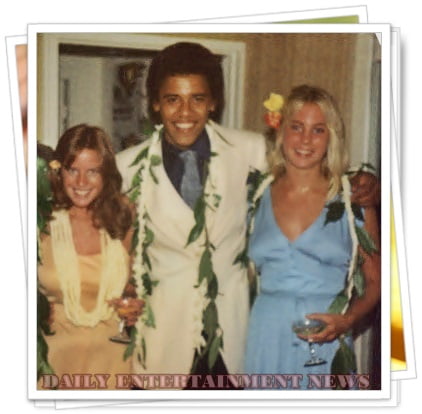 TIME magazine has published some photos of President Obama on the night of his senior prom. His high school friend Kelli Allman shared the pics as well as a very friendly note he wrote in her yearbook, in which he calls her ‘sweet and foxy’.

The images from 1979 show a 17-year-old Obama in a white suit with his date Megan Hughes, a student at the Hawaii School for Girls at La Pietra, before heading to the party at Punahou School in Honolulu, Hawaii. They are joined by two other teenagers: Obama’s best friend and fellow varsity basketball player Greg Orme and his date Kelli McCormack. 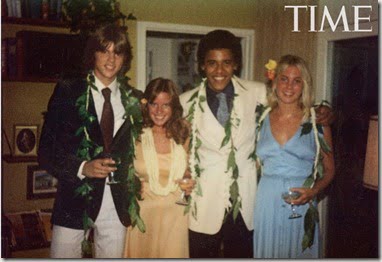 Kelli McCormack, now Kelli Allman, told TIME that they all had some champagne at her house before enjoying an evening of photos, dinner and dancing.

“It was a really fun, happy time. We were all cracking up, and everyone was smiling,” says Allman. “It was pretty typical from there out as far as what happens at prom: the dinner and the dancing and the photos.”

Kelli also shared a note that Obama wrote in her high school yearbook, which says:

“You are extremely sweet and foxy, I don’t know why Greg would want to spend any time with me at all! You really deserve better than clowns like us; you even laugh at my jokes! I hope we can keep in touch this summer, even though Greg will be gone. Call me up, and I’ll buy you lunch sometimes…”

He then wrote down his number, encouraging Allman to give him a call, and signed off ‘Barry Obama’.

Allman said that she thought highly of Obama, who was ‘very intelligent and witty’. He was also known on campus for his basketball skills, and was sometimes called ‘Barry O’bomber’ for his jump shot.

After high school graduation, Obama went to Columbia University and then Harvard Law School, where he met his future wife, Michelle. 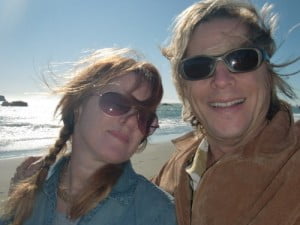