Her ex-husband has been identified as the lucky fella winner of $273 million; the 53-year-old could really use the money, he happens to be currently unemployed.

Jack from Alpha, New Jersey told media the unusual story about his lottery ticket. He purchased the winning ticket on Thursday at the Quick Chek in Phillipsburg, near the Pennsylvania border, but got distracted with his phone and accidentally left it behind at the store.

It wasn’t until Sunday he realized that he had left the tickets behind and returned to the store, that he found that a ‘Good Samaritan’ had spotted them and handed them over to the cashier, who stuck them in a drawer. At the press conference on Thursday, he vowed to reward whoever returned the tickets.

Jack is currently divorced and has no children, he’s been unemployed for a number of years and had been getting by taking jobs as a handy man. Since he has no direct family he took his mother, a friend and other relatives to the press conference. 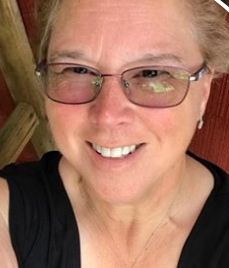 His ex-wife, Eileen Murray came forward to media saying even though her ex-husband is now a millionaire, she wouldn’t take him back; telling the New York Post ‘He’s not appealing to me all of a sudden because he has this money.’

The couple was married for 15-years and finalized their divorce last October. She spoke about her ex, saying how she supported him for years during their marriage.

Eileen Murray further told that she had to pay Weirsky a large sum of money in the divorce and that she is currently paying him spousal support. Murray is a utilities company worker. According to her social media, she is a Senior Cost Specialist en Alliant Energy. She previously worked as Project Controls Specialist en Foster Wheeler.

Murray who is originally from Phillipsburg, attended Phillipsburg High School and earned a Master of Business Administration from DeSales University.

It seems there’s still is bad blood between the ex’s as Jack said his ex-wife had called him but Eileen Murray denied it saying ‘He’ll think I’m there with my hand out and I have no intention to do that.’