Truly was thrown to the spotlight over the weekend after her dad bragged about her getting into USC ‘all on her own’ –however the 54-year-old mogul was reminded of a 2013 hefty donation he made to the school in order to create an academy of arts and tech. Since then, he has deleted the post.

Supporters however, have been quick to point out that Truly Young did not cheat on her tests, however her father’s $70 million donation, facilitated her admission. 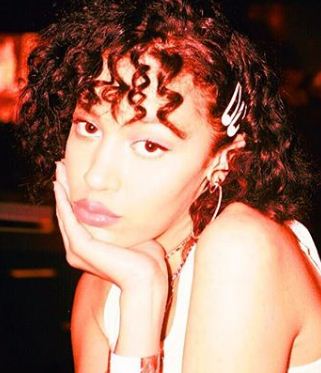 Tom make matters a little worse; Young may have been a little careless when last summer she posted a photo to her Instagram page –where she can be seen riding with her father, and which, she captioned ‘Dad pushing me to go to USC’ –the harmless post takes a whole new meaning in the wake of the national college admission scandal.

A number of wealthy parents, including celebs like Felicity Huffman, are said to have paid thousands of dollars to generate fake SAT scores and athletic achievements for their children so they could get into prestigious colleges.

Truly Nicole Young was born August 8, 2001 –to Dre and his wife, Nicole Threatt. Her mother was previously married to NBA player Sedale Threatt. After their divorce, her parents married in 1996 –and are also the parents to her older brother, Truice Young –born in 1997.

Truly is the youngest of Dre’s six children. Her half-siblings are Curtis Young, La Tanya Danielle Young, Marcel Young and the late Andre Young Jr. –all born from different mothers. Andre Young Jr. died aged 20 from an overdose in 2008.

Truly is active on social media platforms including Twitter and Instagram –where she has over 100k followers. The brunette beauty plans to attend film school. She’s shown an interest in directing, writing and producing. Last year she uploaded to YouTube a song called ‘LoverBoy’