Deirde Ducey is the proud wife of Brick Township Mayor, John Ducey –the same who is under fire for advising a man to call police on Jewish ‘invasion’

Deirdre’s husband was first elected in 2014 and in 2017 he was re-elected to another four-year term. Prior to his election as Mayor, John served on the Brick Township Council in 2012 and 2013.

John G. Ducey, a NJ native attended Monsignor Donovan High School. He obtained a degree in Political Science from Barry University and received his Juris Doctorate from the University of Miami School of Law.

According to his Mayor website, he started his legal career as a law clerk for The Honorable James D. Clyne, P.J.Cv.P in the Ocean County Superior Court. After the clerkship John accepted a position at the Brick law firm of Mauro, Barry and Prindiville. After eight years John opened his own law practice. 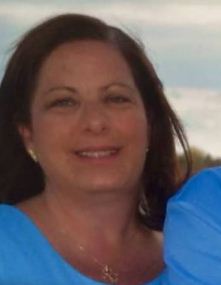 Deirdre Ducey was born Deirdre White on March 31st 1972. She is one of eight children born to the late Joan Claire White and Harold Corley White. According to an obituary, her mother who was a registered nurse died in 2017 aged 81; while her father died in 1993. Her parents were married in 1958.

According to her LinkedIn, the wife, mom and social worker lives in Brick, New Jersey.

Deirdre and her husband are the proud parents of one son, Jack Ducey who was born in 2012. The mom of one is somewhat active on social media. She can be found on Facebook –where she goes by Deidre White Ducey and on Twitter.