Mary West is the longtime wife of entrepreneur and self-made billionaire husband, Gary West –the founder of West Corporation.

Mary and her husband are known to be horse-racing fans, they have fallen short a few times at the Kentucky Derby. However, this year, her husband will appeal Kentucky’s state racing commission –after they disqualified his horse, Maximum Security, who won Saturday’s Kentucky Derby.

73-year-old Gary West grew up in Iowa and studied at Dana College. He began his career as an administrative assistant at a Nebraska hospital after serving in Vietnam. Along with his wife, he went onto build one of the largest telecommunications companies in the world, West Corporation.

Mary is a Florida native born in 1946; however she moved to Omaha in her teens.  She graduated high school and held a job as a secretary at Falstaff Brewing.

She and Gary tied the knot in 1968 –after having met at a local dance. Together they founded WATS Telemarketing 1978; which they later sold to First Data Resources. 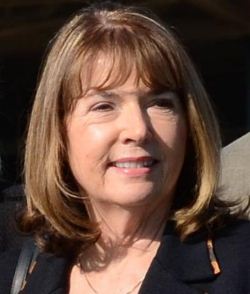 In 1986, Mary West started West TeleServices which started as a telecommunications company that took calls for infomercials. Gary joined the following year. They renamed the firm West Corp. and took it public in 1996. They sold most of their stake for $1.4 billion in 2006.

Gary and Mary West have started and now lead a range of enterprises including West Development and West Partners, a private equity firm.

The couple’s philanthropic efforts specifically target their aid for seniors, both Gary and Mary West are passionate about helping the elderly and poor. The longtime couple has no children.