Catherine Brelet is the longtime wife of legedary Swedish actor, Max von Sydow -well known from iconic roles including The Exorcist and Game of Thrones.

Catherine’s husband is said to have died age 90, the family announced over the weekend. Von Sydow who was nominated for Oscars and Emmys and appeared in films and TV series, was an iconic presence in cinema for seven decades.

It was wife, Catherine Brelet, who announced his death saying “It is with a broken heart and with infinite sadness that we have the extreme pain of announcing the departure of Max von Sydow on 8 March 2020.”

Born April 10, 1929 in Lund, Sweden; he crossed the Atlantic to play Jesus Christ in The Greatest Story Ever Told in 1965. His global success grew with memorable roles like the priest Father Lankester Merrin in 1973 horror The Exorcist. Von Sydow’s other film credits included Hannah and Her Sisters, The Seventh Seal, Never Say Never Again and Star Wars: The Force Awakens.
He was nominated for two Oscars during his career – including best actor in 1988 for Pelle the Conqueror. And for his role in 2011’s Extremely Loud & Incredibly Close.
Von Sydow was nominated for an Emmy in 1990 for his role in the HBO thriller Red King, White Knight.
He continued acting late in life, voicing a character in The Simpsons in 2014, and appearing in three episodes of Game of Thrones as the Three-eyed Raven in 2016.

Von Sydow who during his lifetime married twice, is survived by four adult children and second wife, Catherine Brelet. 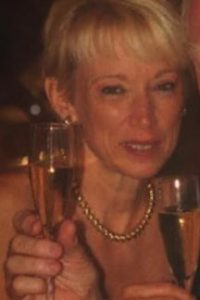 Max von Sydow and first wife Swedish actress, Christina Inga Britta Olin, had two sons together; Clas and Henrik. They were married from 1951 until their divorce in 1979.

In 1997, he married French producer, Catherine Brelet in Provence. Catherine Brelet who now goes by Catherine von Sydow, is the mother of two sons from a previous marriage Yvan and Cédric -who were both adopted by von Sydow.
Catherine Brelet is also in the industry as a French documentary filmmaker and producer. She served as her husband’s assistant on several films.
Catherine Brelet met von Sydow on a production based in the South of France, Time Is Money, filmed in 1993. According to the Independent UK; Catherine basically worked on all Von Sydow’s films – shooting footage that often doesn’t see the light of day. She filmed 28 hours’ worth for Minority Report – four minutes made it on to the DVD.

She and her husband had settled in Provence.