Maurice Hill has been named as the man who opened fire at police officers in a standoff that lasted nearly eight hours in Philadelphia.

It all went down at the Nicetown-Tioga neighborhood when officers were serving a narcotics warrant they were faced with Hill who fired multiple rounds from the kitchen area inside the house. Officers were forced to escape through a window.

Maurice Hill who managed to wound at least six officers, proceeded to barricade himself in the home for several hours. Hill is said to have contacted both his girlfriend and lawyer during the ordeal. The latter instructed him he needed to surrender. 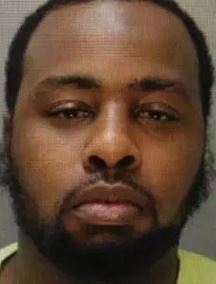 Hill was finally apprehended after midnight after police ultimately used tear gas to force the suspect out of the house.
During a news conference, we learned that it is not the first time Hill, an African American, gets in trouble wiht the law. In fact, he has a lengthy criminal history that shows that many charges ended up not being prosecuted. Hill has a drug history as well.
In a few words, Hill’s long record shows he is a career criminal whose prior felony convictions should have barred him from owning current weapons.

Hill’s extensive criminal record started at age 18, at the time he had a gun with an altered serial number. Since then, he’s been arrested around a dozen times, with six convictions for things including “illegal possession of guns, drug dealing, and aggravated assault.” He’s served prison time, and has an escape and resisting arrest conviction.
He “beat criminal charges on everything from kidnapping to attempted murder,” the Inquirer reported. A lengthy docket sheet of his 2012 case for perjury -shows multiple accusations of probation violation.

According to a social media profile in which he goes by Maurice Hill Gruff -he attended John Bartram High School.
His lawyer spoke to media saying Hill did not want to end the standoff violently -due to his family.

Maurice Hill who is a married man, is the father of a teen son and baby daughter who was born just two days prior to the standoff.