Suzanne’s son found fame as one of the six Friends in the classic 90s sitcom with Jennifer Aniston, Courtney Cox, Lisa Kudrow, Matt LeBlanc and David Schwimmer.
The 49-year-old -who was on friend from age 24 to 34 -appeared along his father John Bennett Perry in Fools Rush In. He’s also gone on to appear in several TV series including Studio 60 on the Sunset Strip, Mr. Sunshine, Go On and The Good Wife but has had no new roles since 2017.

The actor is also an outspoken addiction recovery advocate after struggling with addictions to alcohol and several prescription drugs during his time on Friends.
More recently, Suzanne’s famous son has been making regular hospital visits in New York.
The comedic actor, 49, was treated at a Los Angeles hospital in 2018 for a “gastrointestinal perforation.” He has previously admitted to alcohol abuse, and to being addicted to painkillers starting in 1997. He has been to rehab three times — in 1997, 2001 and 2011.
Perry’s problems started in 1997, when he became addicted to Vicodin after a jet ski accident.
According to former lover Kayti Edwards, Perry’s Vicodin addiction peaked, when he admitted to her that he was popping “up to 80 pills a day.” 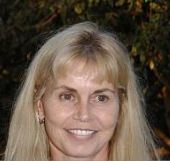 Suzanne Perry born Suzanne Langford, is a former teenage beauty queen and New York model who later became a press secretary to Canadian Prime Minister Pierre Trudeau. Nowadays, she is often described as a writer, political fundraiser as well as a consultant.

She and actor/singer John Bennett Perry were married for a while but ended in divorce in 1970. Matthew Perry who followed into his father’s footsteps -is the couple’s only child together.

Matthew has a sister, Mia Perry from his father’s second marriage to Debbie Perry.

Suzanne also married a second time to broadcast journalist Keith Morrison -who had also been married before and has a son, Michael from the previous marriage. She and Morrison have been married since 1981. Her second and current husband is one of the well-known Canadian journalists.
From her second marriage she is the mother to Matthew’s four half siblings Willy, Caitlin, Emily and Madeleine Morrison.