Janet Broderick, is the Reverend sister of film actor, comedian and singer Matthew Brotherick who is also the longtime husband of *** and the City star, Sarah Jessica Parker.

Janet Broderick is the older sister of the Broadway actor, both born from parents, the late actor James Broderick and playwright Patricia Broderick. They also have another sister named Martha.
According to reports, Janet has tested positive for the coronavirus and has been placed in an ICU.

In a statement released on the church’s website, Broderick said she was thankful for all of the prayers.

“I am through the worst of this and very much on the mend,” “I asked my kids to bring me a coloring book and a LEGO set if that is any indication.”

According to her church, Janet Broderick’s current condition is stable, and she is being treated for a severe form of pneumonia.

Janet first felt ill in February while attending a conference in Louisville, Kentucky, that was attended by representatives of 500 churches nationwide. She was confirmed to have COVID-19 while at LA’s Cedars Sinai Medical Center. 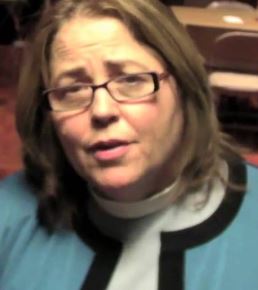 She is married to Joseph Kraft, a retired lawyer and together are the parents of daughter, Hannah Kraft and James Kraft. 23-year-old Hannah is a Barnard College graduate. 32-year-old James is a senior analyst for an investment firm.
In 2018, Both Janet and brother Matthew read works by W.H. Auden and Truman Capote, for the holidays.