Matt & David Pryce were both present in the life of Valerie Fairman, a former reality TV star who was found dead on Wednesday. She was 23.

Valerie whom you might recognize from her participation on the reality show, MTV’***** show 16 and Pregnant, was found unconscious at a friend’s house. According to reports one of her pals became concerned she had not returned from the bathroom.

The friend had to broke down the bathroom in order to get to her. According to TMZ, it is believed she died of drug overdose. Her death is currently under investigation.

The young and single mom of one, had been knonw in recent years to get in trouble with the law. She had been arrested for assaulting her mother and prostitution. Days before her passing she was arrested for resisting arrest and making a false identification to law enforcement.

According to sources she struggled with drugs for some time, despite a reported rehab stay.

Valerie is survived by her 7-year-old daughter Nevaeh Lynn Fairman, who is currently with her mom.

Valarie starred on MTV’s 16 And Pregnant in 2010 after falling pregnant at just 15 to her then boyfriend Matt. 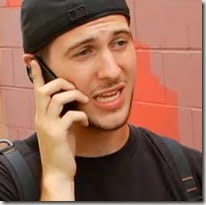 Matt Pryce is the father of Nevaeh. He was seen on MTV’***** show mostly claiming he was not the father of Valerie’s child. They had a volatile relationship.

In the show’s second episode of the season, the baby’s father, Matt, breaks up with Fairman and tells her he only wants to hear from her if it pertains to the baby.

Later in the episode, Matt begins to show interest in his infant daughter as well as Fairman. The couple parted ways, however, it is though they were co-parenting Nevaeh at the time of Fairman’s death. 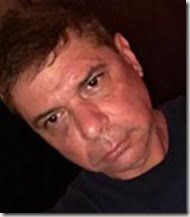 David Pryce is described as Valerie’s ex. He happens to be the uncle of her child’s father. Following her death he took to Facebook to tell people, especially those who sell drugs to change their ways. His post reads:

‘I will always miss you Valerie and I am want to tell anyone who is selling s**t to people to stop.

‘We have lost too many loved ones to what you are doing and I am going to start taking care of it.’

Accoridng to his Facebook profile, David Pryce was born January 2, he is originally from Chadds Ford, Pennsylvania. He currently resides in Philadelphia, Pennsylvania.

David told TheAshleysRealityRoundup.com in 2015, that Valerie never saw her daughter. He also claimed Matt will eventually try for full custody, but he wants things to be perfect before he does,” adding that Valerie’s parents don’t even allow her in their home.