Matt and Melissa Graves are the parents of the two year-old-boy who was snatched by an alligator in Lake Buena Vista, Florida Tuesday night.

38-year-old Melissa Grave is originally from Elkhorn, Nebraska. She and her husband are also parents to a four-year-old girl.

It is believed their son was attacked from the water’s edge at Disney’s Grand Floridian Resort and Spa in Lake Buena Vista. Matt and Melissa Graves were at the edge of a lagoon along with their children when little Lane was pulled away. Lane was playing along with his sister, the whole family was just enjoying sitting there enjoying the evening.

Accoridng to authorities, Matt and Melissa Graves went into the water in a desperate attempt to save the child, but were sadly unsuccessful.

Matthew Graves allegedly wrestle with the gator but the reptile escaped pulling Lane further into the water. The parents then alerted a lifeguard who called 911.

A massive search for Lane began at around 9:00 pm until the boy’s body was spotted at about 1:30 p.m on Wednesday. Lane’s lifeless but otherwise intact body was spotted about 10-15 yards from where he was playing. 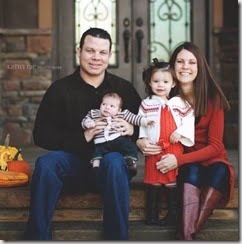 Matt and Melissa Graves had arrived to the Resort on Sunday, the family of four was on vacation from Nebraska.

Accoridng to his LinkedIn, 42-year-old Matthew Graves attended the University of Nebraska in Lincoln and Regis University. He is a former PayPal employee and has an extensive resume. He also previously worked for Comcast as a project manager and is former consultant for Fujitsu Consulting, among other positions.

He is currently listed as the chief data officer for a business data and marketing company called Infogroup –where he first entered in 2008. Aside from his high level position at Infogroup, he is also a board member for the Greater Omaha Chamber of Commerce.

Since the search, wildlife officials caught and killed five alligators. The Graves’ were allegedly at an area that is not watched by lifeguards because guests are not supposed to be in the water. However, no, no swimming signs exist in the area.

We send our condolences to the couple.