Remi became the first Egyptian American to win the award. The victory comes for his work as Elliot Alderson in USA’s Mr. Robot. Remi has been praised time and again since the show premiered last summer.

Malek was born on May 12, 1981 in Los Angeles, California. He has an identical twin brother named Sami who is four minutes younger than he is. He also has an older sister.

Rami, of of Egyptian descent, has been doing his things for a while. He started carving his way into acting in 2004 by guest-starring on television series such as Gilmore Girls, Over There, and Medium.

Next he landed his recurring role of Kenny, on the FOX comedy series The War at Home. Rami made the leap from TV to films with the Night at the Museum trilogy.

Other notable roles include “Snafu” Shelton on the HBO award winning series The Pacific.

Malek is very focused on his career as an actor and as far as we know, he is currently single. Not much is known about his love life and he hasn’t been seen with many women. There were rumors that he was dating actress Angela Sarafyan. However, he had the brilliant idea of taking his hot cousin, Mary. 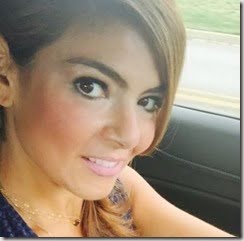 Mary Shaway, who was wearing a Marchesa gown–looked gorgeous. She told while gracing Rami’s arm on the red carpet, she was proud of him.

Mary Shaway is a married woman and is actually a mom of one, that according to her Instagram account. Accoridng to her FB page, she is from Michigan, where she currently resides with a young daughter.

But Mary Shaway is not only Rami’s cousin, she is a devoted fan of him. She follows him closely on Twitter, often retweeting about him. Mary also has a YouTube channel, you can check out here.

Don’t you just love when family comes together!