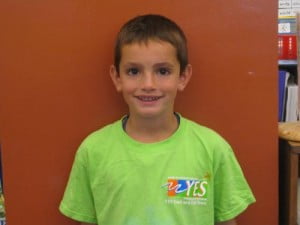 An attack that has sent shock waves to the entire world. Yesterday when we first heard about the horrible explosions at the Boston Marathon, we only look at the big picture; three deaths and over 49 injured. But the hardest part is becoming a reality for the dozens of innocent victims.

The hardest part is when everything is quiet and you can’t hear any more your 8 year old roaming around the house, or his laughter, or playing with brother and sister.

The hardest part is after when we hear about each individual case and our hearts just melts because there is nothing we can do to bring back those lives.

Martin Richard was 8 years old when yesterday he was eagerly waiting to see his dad go through that finish line and give him his best hug…Martin is one of those we lost yesterday. 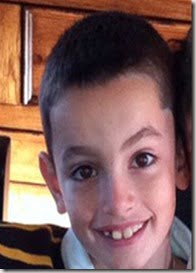 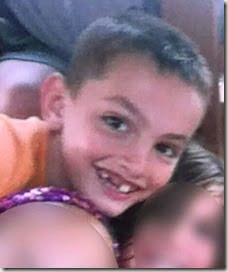 Martin Richard, a third grader died after the first of two bombs hidden in trash cans were detonated within 12 seconds of each other during the Patriots’ Day bank holiday yesterday, sending terrified runners and spectators fleeing for their lives.

But let me tell you about Martin’s family who is going through some very difficult times, times you only think they are possible in your worst nightmare; we feel profound respect for them and wish they can find somehow the strength to move forward and take those who are not here anymore in their hearts.

Martin’s parents Bill and Denise Richard have two other children. Martin’s older brother who is believed to be in the fifth grade and his little sister. The Richard’s family is from Dorchester, Massachusetts. Tragically Mr. Richard lost more than his son yesterday as only his oldest son is believed to have escaped without an injury.

After this little boy gave his dad his last hug upon seeing his hero passing through that line he turned back to to rejoin his mother and his two siblings just as the first bomb went off. The result? Martin lost his life, his six-year-old sister lost a leg in the blast and his mother, Denise is in hospital after undergoing brain surgery. 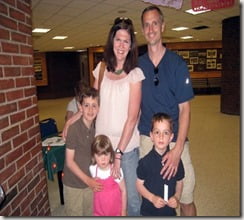 Bill Richard, returned home still wearing hospital scrubs on Monday night and looking like the ‘walking dead’ as he struggled to come to terms with his son’s death and injuries suffered by his wife and six-year-old daughter.

Among the things Martin loved to do:

Play baseball and ride his bike, he was a climber and runner; he was a member of Savin Hill Little League team.

Neighbors further explain on how the Richard’s family has been part of their neighborhood for more than 20 years and how Bill Richard is a respected man in the community. Mr. Richard belongs to the St Marks Area Main St Group, a local traders association and wife Denise who is a stay home mom is on the neighborhood watch board.

We’ve read about the horrifying description of witnesses: screaming spectators, missing limbs; this unspeakable act has become the worst since the 9/11 attacks targeting the famous sporting event; but we’ve only heard about it on the news, seen it in pictures, read about it …The Richard’s family was there to lived it and now they become survivors just like many others.

Investigators still do not know of a motive for the bombs, but last night it was reported Boston police raided a Boston home after a man, said to be of Saudi origin, he was arrested at the scene for acting suspiciously; while in D.C president Obama vowed to bring to justice the responsible for little Martin’s death and the rest of the people affected in this atrocious acts.