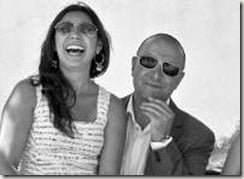 Martin Rhys-Jones, father of Gareth Bale’s girlfriend Emma, is being demanded in USA! Martin is being accused of conning millions of pounds from investors in telemarketing cheat! This guy supposedly laundered cash through an Abbey National branch in the Channel Islands and banks in Barcelona and Germany….

Martin Rhys-Jones, age 49, was arrested and extradited to New York from Spain in June.

Bale’s girlfriend Emma’s dad is accused of a global financial fraud. US Grand Jury confirms that Rhys-Jones also used the aliases Martin Reece and John Allen at the same time as in Barcelona. Rhys-Jones, could face up to 30 years in prison if he is found guilty and a fine of £160,000 Emma and Bale, who became childhood sweethearts at Whitchurch High School in Cardiff, carried out a long-distance relationship for eight years after Bale’s moves to Southampton and Tottenham Hotspur and she moved into his Essex mansion only two years ago.

Martin is Dad of the the one and only JRJ, Massive Rob, CRJ, Kety and Emma Lou Lou.. Emma is Student, 20 yrs from Cardiff, Wales.

.Emma Rhys-Jones the chick with the incredible hair is constantly seen posing with the lovely daughter Alba Violet born on October 21. Emma and the soccer player met while in high school and they have been together since then. Currently they live in London.

We see no need why Martin should have done this scam. I mean, he could just have asked for money to his in law instead of facing such scandal and putting in jeopardy the reputation of the family.