Paula Kalupa is the wife of late businessman, Mark Hurd -best known as the Chief Executive Officer of Oracle Corporation.

Paula’s husband is said to have died at age 62. According to reports, last month it was announced that Mark was taking a medical leave of absence for unspecified health reasons.

Hurd was a 30-year technology industry veteran. After joining Oracle in 2010 as President, Mark Hurd became CEO of Oracle in 2014. He was in charge of overseeing Oracle’s global field operations with a focus on strategy, innovation, leadership, and customers. Prior to his tenure at Oracle, Mark served as Chairman of the Board, CEO, and president of HP.
Hurd previously served as Hewlett Packard’s CEO for five years before resigning in 2010 after a sexual harassment investigation.
He began his career in the 80’s as a junior salesman at the National Cash Register Corporation (NCR). In 2001, Mark became NCR’s president, and was subsequently promoted to the role of Chief Executive Officer in 2003. 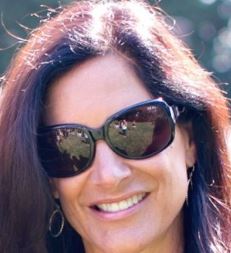 Mark Hurd was born in 1957 in New York City, growing up on the Upper East Side. He started playing tennis the day he got to Archbishop Curley Notre Dame High School and became a top 10 ranked player in Florida. Hurd was recruited by Baylor to attend the university on a tennis scholarship, where he graduated with a Bachelor of Business Administration in Marketing management in 1979.

He is surivved by longtime wife, Paula Kalupa, his wife of nearly 30-years.
Paula Kalupa was born in 1962, she is a Michigan native. She attended The University of Texas at Austing from 1980 until 1984 graduating with a marketing degree.
Paula worked at NCR Corporation in Dallas, where she was a senior executive and where she and Mark Hurd met. She left NCR in 2001 after 17-years. According to her LinkedIn, she currently works in event management and is a consultant at Club 127.

She and Mark were married in 1990. Since their marriage, Paula Kalupa gave birth to the couple’s two daughters, Kathryn and Kelly. Daughter Kelly is married to husband, Tommy Umberg.