Mark Burton is an L.A based cameraman who was married to Cathriona White. As the late make up artist’s body is release we learn of the existence of Mark Burton.

Mark Burton and Jim Carrey’s ex-girlfriend Cathriona White, were separated but still married by the time of her tragic death. Cathriona was planning on filing for divorce in December.

Her body has been released to her next of kin, in this case her still husband Mark Burton.

According to the death certificate of Jim Carrey’s on-again-off girlfriend, Cathriona White was married to Mark Burton, his name was listed as Ms. White’s next-of-kin, her family and friends were not aware she was married to Mr. Burton, but Carrey’s source did know about that.

There is no way that Jim would have taken her out to public places if he thought she was married, the source close to Carrey’s family told The Hollywood Reporter.
As far as Jim was concerned, Cat was separated from her husband and was going to start divorce proceedings in December.

Cathriona passed away at her home in LA on 28 September, just four days after her relationship with the Hollywood actor ended.

According to The Times, the make-up artist and her estranged husband  met while working on an online comedy series. However it is not clear how long the pair were married for or when and why they decided to split up.

As his official next of kin, Mark Burton has the right to decide what will happen to his former spouse’s belongings, of course he can also cede his right to her family. 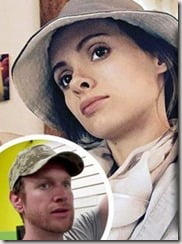 The existence of Mark Burton comes as a shock even for some of her friend and family. According to the Daily Mail, he and her family worked together not only on the arrangements to take her body to Ireland, but also the funeral. 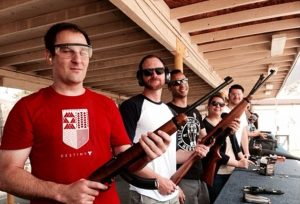