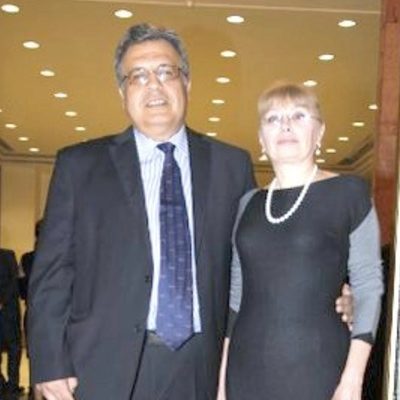 Marina Davydova Karlova is the wife of the Russian Ambassador to Turkey Andrey Karlov, who was assassinated by Mevlüt Mert Altınta at an art gallery exhibition in Ankara, Turkey; on December 19, 2016.

Mrs. Davydova’s husband Andrey Karlov was shot in the back as he made a speech at a photo exhibit in the Turkish capital by who was believed to be an off-duty Turkish policeman, Mevlüt Mert Altıntaş who shouted

“We die in Aleppo, you die here” before shooting.

He also shouted “Allahu akbar,” the Arabic phrase for “God is great” and continued in Arabic: “We are the descendants of those who supported the Prophet Muhammad, for jihad.”

Ambassador Karlov was born in Moscow on February 4, 1954. He graduated from the Moscow State Institute of International Relations in 1976.

That same year he joined the diplomatic service. In 1992, graduated from the Diplomatic Academy of the Russian Foreign Ministry.

He worked as Extraordinary and Plenipotentiary Ambassador of the Russian Federation in the Democratic People’s Republic of Korea (DPRK). From 2007-2009.

Andrey Karlov was married to his wife Marina Davydova (Марина Давыдова) also known as Marina Karlova; mother of his adult son. Mrs. Karlova was rushed to the hospital following the news her husband’s assassination.