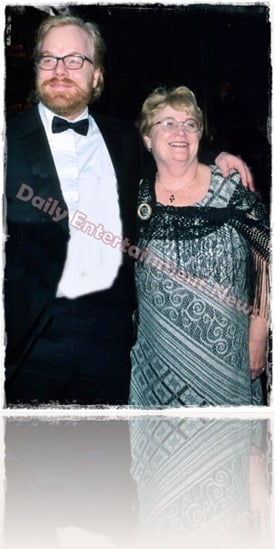 Philip Seymour Hoffman passed away on Sunday, February 2nd, 2013 from a drug overdose in New York at the age of 46. He is survived by his longtime girlfriend Mimi O’Donnell, his three children, sis sisters, brother and beloved mother Mrs. Marilyn Loucks O’Connor.

Losing a child is the hardest time that a mother has to go, no matter if this child dies being a child or as an adult, in the heart of a mother her children will always be her beloved children no matter how old they are.

76-year-old Marilyn O’Connor was born Marilyn Loucks in 1937 in Waterloo to Helen Loucks and her husband Seymour Loucks, who had two more children, Joanne and Donald Loucks.  Philip Hoffman’s mother graduated in 1955 from Waterloo High School. Shen then studied Law at New York State School of Law at the University at Buffalo.

Marilyn Loucks became Marilyn Huffman when she fort married to Gordon Hoffman, after they got married the Hoffmans moved to Fairport where their children were later born, Philip was the oldest, then Jill, 53,  was born, she is now married as goes by Jill DelVecchio, Marilyn’s third child is her second son Gordy, 49, and last but not least Emily, 45, who is also married and goes by Emily Barr.

Marilyn’s husband Gordon Stewall Hoffman, 77, worked at a Xerox company while she taught at Monroe County public schools for 16 years, after she graduated from Law school she became an assistant public defender representing clients in family court and a confidential law clerk for the Monroe County surrogate, and lastly in 2000 a judge at Monroe County Family Court. In December, 2010 Marilyn O’Connor was honored at WBASNY celebration where she was presented with the with the Betty Ellerin Mentor Award for her commitment to mentoring women attorneys and for her community leadership.

Philip’s parents got divorce in 1976, Marilyn raised her children by herself. Her son credited for his success when he won the Oscar for 2005’s Capote..

“My mom’s name is Marilyn O’Connor and she’s here tonight. And I’d like if you see her tonight to congratulate her, because she brought up four kids alone and she deserves a congratulations for that. We’re at the party, Ma, you know?”

“She took me to my first play and she stayed up with me and watched the NCAA Final Four and her passions became my passions. Be proud mom, because I’m proud of you. We’re here tonight and it’s so good.”

We added that video below, hope you’ll enjoy it.

but Philip was not the only of Marilyn O’Connor’s children who had something nice to say about her.

“She always wanted us to follow those things that we were passionate about, whatever they were. We knew she would support our choices.” Jill said.

“She’s always made it clear through her actions that we must pursue what makes us happy and always show up for life; Don’t say ‘no’ to what life brings.” Gordy Hoffman said.

“When I was a little girl I wanted to play t-ball and back then it was a very big deal to be a girl on a t-ball team. I was the only one in the whole league.  My mom not only advocated for me to play t-ball but she decided to also coach the team. I can honestly say I would not be working in the field of HIV/AIDS treatment and prevention if it weren’t for her influence.  She encouraged me to travel and experience other cultures when I was a student and that changed how I saw the world.  I wouldn’t be the full time working mother I am today with five children, including two adopted from Ethiopia, without having my mom as a role model.”Emily Hoffman Barr said about his beloved mother.