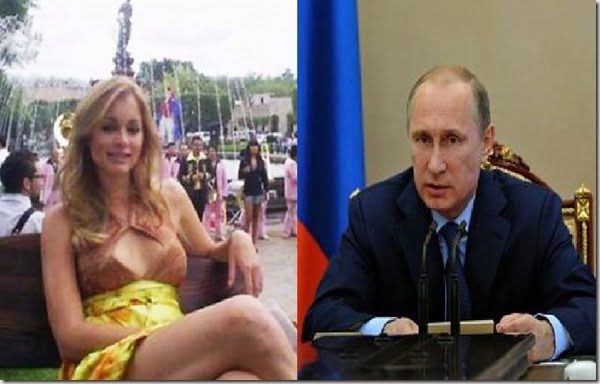 29-year-old Maria Putina is the daughter of Russian president Vladimir Putin and former wife, Lyudmila Putin. At first with her father banning publicity on his family we didn’t know much about her, photos of her childhood had been published but her family matters have been virtually a State secret; but publications of about three years ago show an elegant blonde woman, in her mid twenties, Maria. 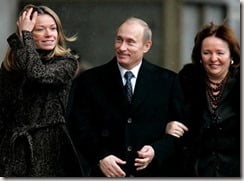 For years there has been speculation about her whereabouts, Russians couldn’t even recognizer if she walked the streets; it wasn’t known if she lived in Russia or abroad but in wake of MH17 disaster and the frustration of the Dutch with the Russians taking on an increasingly personal note,  it was found Maria lives in Holland. Now some Dutch are calling for Vladimir Putin’s daughter to be deported from the Netherlands! 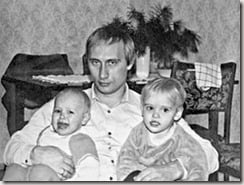 In 1985, before their departure for Germany, Vladimir and Lyudmila Putin welcomed their first daughter, Maria. Their second daughter, Katerina, was born in 1986, in Dresden.

Both girls were named in honor of their grandmothers, Maria Putina and Yekaterina Shkrebneva.

According to their mother, Lyudmila, Mr Putin loves his daughters very much. She says,

“Not all fathers are as loving with their children as he is. And he has always spoiled them, while I was the one who had to discipline them,” 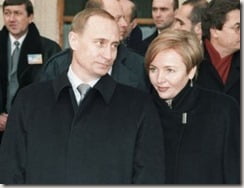 Her parents met through a mutual friend. Lyudmila worked as a flight attendant on domestic airlines and had come to Leningrad for three days with a friend.

“I was already working in the First Main Directorate in St Petersburg, when a friend of mine called and invited me to the Arkady Raikin theatre. He said he already had the tickets, and mentioned there would be two young ladies joining us. So we went to the performance and the young ladies did join us. The next day, we went to the theatre again, but it was now my turn to buy the tickets. And the same thing happened on the third day. I then began dating one of the girls. I became friends with Lyudmila, my future wife,” Mr Putin recalls.

“There was something about Vladimir that attracted me. Three or four months later, I already knew this was the man I needed,” Lyudmila recalls. Three years after their first meeting, Vladimir proposed to Lyudmila. “I knew that if I did not marry for another two or three years, I would not marry at all. True, I was used to life as a bachelor, but Lyudmila changed that,” Mr Putin admits. They got married on July 28, 1983. 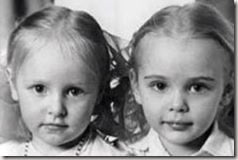 Maria and her younger sister were always carefully guarded by the Russian government growing up. They were pulled out of school and taught at home once their father’s political career began to ascend. They both were born while her father was stationed during his time in the KGB.

Pretty much of what is known about her and her sister consists of unconfirmed rumors. In 2005, the Russian paper pravda.ru reported that she and her sister had enrolled in St. Petersburg University. Maria was said to be studying biology and geology.  It is also believed she attended college under a false identity.

About Maria’s love life, news sources have connected her to Jorrit Faassen, a Dutchman who has held high-level positions at subsidiaries of Gazprom, the state-owned gas company. Now that her current location has been exposed her relationship with Jorrit would make a whole lot of sense. The couple reside in in the wealthy suburb of Voorschoten, outside The Hague.

None of her pictures have been confirmed by the Kremlin. 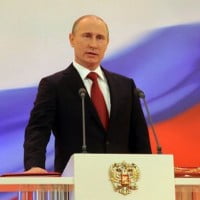 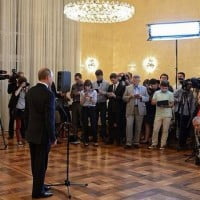 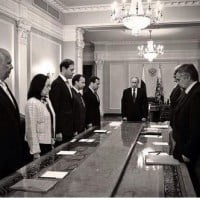 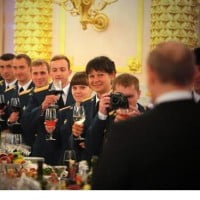 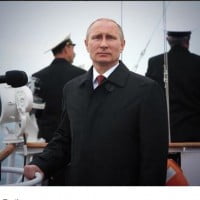 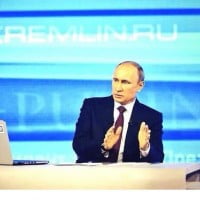 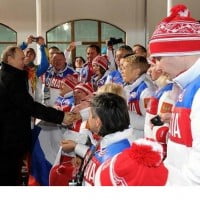