Cameron Robbie is the younger brother of Australian actress, Margot Robbie –and who could very well steal the spotlight in years to come.

Cameron like her older sister is also into acting and has already participated in a couple of filming projects. His acting credits include ‘I.C.U’ ‘Gifted’ and most recently; ‘People You May Know.’

Born Cameron Robbie on February 9, 1995, the Aussie has followed into the footsteps of his Oscar nominated actress sister. They have two more siblings, Anya and Lachlan Robbie. The four of them are the children born to Sarie and Doug Robbie. 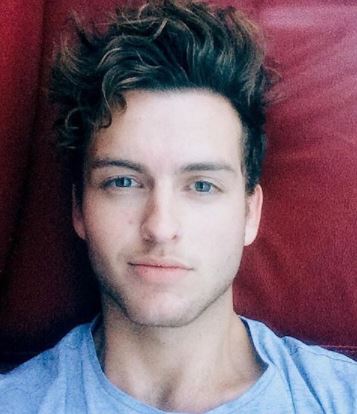 The 23-year-old hunk is mostly known for being Margot’s younger sibling but let’s be honest Cam –as he likes to be called –also has star quality. He’s become quite the social media personality, often sharing images that depict his lay back lifestyle. After a few minutes of browsing through his Instagram you quickly realize Cam Robbie enjoys hanging out with friends and is all about spending quality time with those close to him. He specially enjoys hanging out outdoors, either at the beach or close to the nature.

Cam also seems to be quite popular, he is always surrounded by friends and family. Growing up, Cameron and Margot would make home sketches and it seems the camera loves the two of them together.

Cameron –who recently became a reporter with MTV Entertainment –surprised his big sis while she was waiting for an interview with MTV Australia. Out of nowhere Cameron walks right in and she loses it while he remained his cool saying “Excuse me, this is a professional situation. Can you just calm down?”