Paul Abrahamian, has been captured planning and debating wearing a black mask — which he described as a “black face” — in order to imitate fellow houseguest Dominique Cooper. He says the phrase “black face” in two different clips.

The resulting firestorm has fans arguing over the intention of Paul’s costume and rallying around Dominique, while the contestants stay sequestered inside, unaware of the controversy just outside the house.

But Paul has a loyal supporter in his mother who spoke to TMZ in defense of her boy. According to the gossip site, all her son wanted to do was to, poke a little fun.

She insists he’d never race bait another ‘BB’ houseguest because he’s Lebanese-Armenian, and has been called a terrorist and accused of being in the Taliban. So, she knows he wouldn’t stoop to using racist tactics.

Margaret Abrahamian apparently wanted to speak up only because she’s received death threats on social media including comments like… “Your house should burn down and everyone in it.” 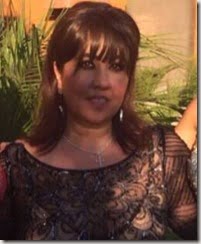 He is a clothing designer son appeared as a House guest on the 18th season of the CBS hit reality. He created the clothing line Dead Skull Apparel.

Paul who is also into music was a guitarist in an alternative, post-******** band called Reviver that was featured on Absolute Punks’ “New Music” list in early 2013.

The Tarzana, California resident has also done some modeling, he was featured in a piece by The Beard Mag as he had become a “bearded model.”

Her tattooed son enjoys crowd surfing, traveling, hiking and sightseeing. Paul is also big on beer and coffee and he is definitely a dog lover. Paul is also aware of the fact his blunt and dry humor can often rub people the wrong way. 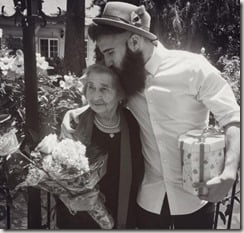 Aside from his mother, Paul is very close to his grandma.

See more photos of his lovely mom on his Instagram here.