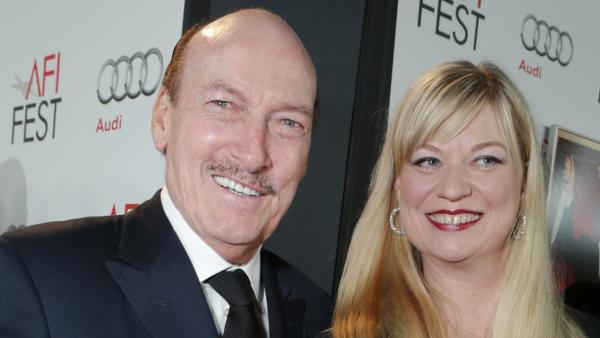 Ed Lauter married Marchell Williams (Mia) on January 1, 2005. They were married for eight years before Ed passed away from mesothelioma, a rare form of cancer most commonly caused by asbestos exposure, said his publicist, Edward Lozzi.

Ed married his second wife Marnie in 1985. He had two children with her and later divorced her. But his last and best love was Mia.

Ed Lauter’s name might not be readily recognized, but if you saw him or a picture of him you would say, “I’ve seen this guy in a million movies and TV shows!” He was usually the bad guy, especially in his earlier films. He worked with everyone from Hitchcock to Clint Eastwood and almost everyone in between. In fact we will be seeing him in different productions that have yet to come out including one in 2015!

A charitable foundation is being established to honor his work and an annual scholarship fund will be awarded to aspiring young actors.

His family, which includes four children and his wife of eight years, Mia, have asked that donations be made to the foundation.

“What good fortune to be married to a man who so easily combined love, kindness, caring and a sense of humor ranging from the sublime to the ridiculous,” said his wife, Mia. “Our marriage, as they say in the business, was one **** of a run. I’ll miss him dearly as well as his family and countless friends. Ed Lauter really mattered.”