Corinne Adams is the loving wife of Republican candidate for governor, Marc Molinaro.

Corinne’s husband serves as the Dutchess County executive –in that role he’s had to balance a local budget with all the state-mandated costs and demands.

Born October 8, 1975; the NY native grew up on food stamps. He graduated from Dutchess Community College.

He was first elected to public office in the early 90’s at age 18, as a member of the Village of Tivoli Board of Trustees.

He was later elected mayor of Tivoli and re-elected mayor five times. In 1999 he was elected to the Dutchess County Legislature. He was then chosen to the state Assembly, representing the 103rd District –while there Molinaro served as assistant minority leader pro tem.

At 36, he became the youngest Dutchess County’s seventh county executive. While Dutchess County Executive, Molinaro was elected as second vice president of the New York State Association of Counties. He is also the man behind ThinkDIFFERENTLY –an initiative to change the way individuals, businesses, organizations and communities relate to those with special needs. Earlier this year, he announced his run for governor. 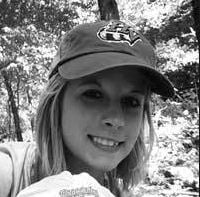 He is happily married to second wife, Corinne Adams.

Molinaro, is the proud father of three children, including a special-needs child. He and his first wife, had two children together, a boy and a girl.

Molinaro and second wife, Corinne Adams were married in November 2015.

She worked at Hudson Valley architectural firm, Tinkelman Bros. Development Corp. from the summer of 2015 through earlier this year, when she left the job to focus on family and her pregnancy. The couple are already parents of a toddler son.

The family resides in Red Hook.